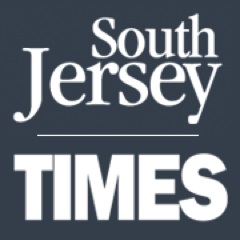 We’re depressingly accustomed to seeing moronic arguments when it comes to e-cigarettes, and the news media is the undisputed master of these ludicrous positions. A recent South Jersey Times opinion piece on e-cigs illustrates this ability beautifully, as if it was designed as a template for media-based e-cig bashing. If you’re a journalist looking to publish some brain-dead word-farts on the topic of e-cigs, this is the resource for you.

It opens with a story about a physician – a friend of the author – opening his office door to see a 15 year-old patient vaping, with his mother explaining that she let him use her e-cig to calm his nerves. Nobody is condoning this, but if you’re Katharine Garnier, M.D., this is conclusive proof that electronic cigarette companies are marketing to youth. Yes, this woman is a doctor, but apparently one who missed the lecture where they explained how a single piece of anecdotal evidence is worth about as much as a “fact” you found on the paper inside a fortune cookie.

It’s a whistle-stop tour of the same nonsense repeated in every anti-vaping article you’ll ever read, slapped together like a collage of varying shades of bullshit. She lists flavor names like they’re suspects in a murder enquiry (flat-out denying that adults enjoy them too), dredges up the misleading CDC results, repeats the gateway argument (because who needs supporting evidence anyway? Just make up whatever the hell you like!) and – as proof of her up-to-date, “reliable” knowledge on the issue – points out that in 2009 the FDA found diethylene glycol in e-cigarettes (yes, she used the plural. Don’t pick on her: she obviously can’t read the research she references. She just wanted to use the word “antifreeze”; it doesn’t matter if it was only one cartridge). Bafflingly, she adds that “[Diethylene glycol] also just happens to have a sweet taste,” apparently implying it was used for flavoring. There’s no mention of the fact it’s never been found since, because that would be straying dangerously close to factual and genuinely informative content.

After making this series of idiotic points, she clearly feels as though she’s done a pretty good job, concluding, “Until we know more about all the potential side effects of vaping, the FDA needs to step in immediately with regulations that control the availability and sale of e-cigarettes.”

Yes, that’s right. The reason the FDA should regulate e-cigs is because of your striking ability to cherry-pick flawed studies, treat a single anecdote like it’s incontrovertible fact and repeat arguments that are so idiotic they could be refuted by a chimp who’s learned to use one of those picture-based keyboards. Here’s a counter-argument, based on the single piece of anecdotal evidence this article provides: people who support restrictive regulations for e-cigarettes, like Katharine Garnier, are clearly uninformed hacks, so we should just do the opposite of what they suggest. If she applies this level of stupidity to her medical practice, she’ll probably be trying to treat cancer patients with homeopathy or use aromatherapy to cure autism.