CDC Survey Attempts to Mislead on Youth E-Cigarette Use 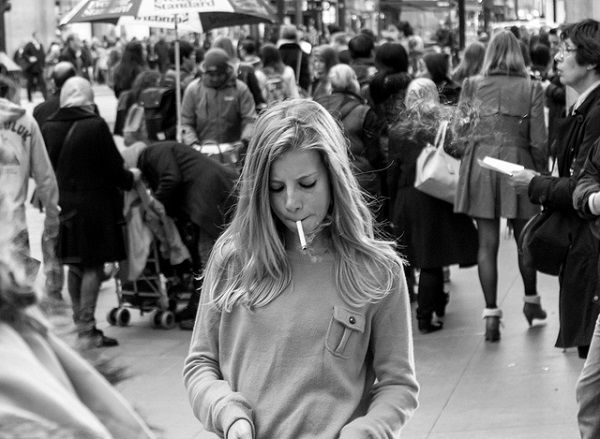 We've heard it all before. Apparently, e-cigs are some surreptitious ploy from Big Tobacco to get your children addicted to nicotine and then graduate onto the carcinogen-stuffed version.

It doesn't matter that the overwhelming majority of e-cig companies (barring blu Cigs, who are backed by Lorillard) only stand to lose money if people smoke analogue cigs, that purchases of e-cigs are age-restricted or require a credit card, or that the sweet and fruity flavors are actually for us adults; anti-vaping zealots will always use the fundamentally flawed argument that there is some underhanded plot to lure children into smoking through the “Trojan horse” of e-cigs.

SEE ALSO: E-Cig Flavors Are Not Targeted At Minors

That’s why the findings of the National Youth Tobacco Survey (published by the CDC) have made headlines (see Teens' Use of E-Cigarettes Doubles in a Year), because they superficially appear to support this conception of e-cigs as a monstrous Child Catcher working on behalf of the “evil” tobacco companies.

The CDC Survey Regarding E-Cigarettes

The National Youth Tobacco Survey from the CDC basically does what you’d expect it to,  finding out about trends in youth smoking with the aim of informing public health policy and monitoring any emerging trends. It asks questions regarding smoking-related behaviors, attitudes and beliefs, as well as looking at which pro-tobacco and anti-tobacco viewpoints the 6th to 12th graders in the survey had been exposed to. This survey recently started asking questions regarding e-cigarettes, enabling researchers to draw conclusions about the trends in e-cig use.

What They Found – The Scary Version

So the results from the 2012 study were released, along with a pithy press release (see E-cigarette use more than doubles among middle and high school students)  covering all of the purposefully troubling statistics intended to burrow their way into public and political thinking on the topic.

The headline finding is that generally speaking, e-cigarette use amongst the youth has doubled. For high school students, the number who reported ever having used an e-cig jumped from 4.7 percent in 2011 to 10 percent in 2012. Across the same time period, the number of respondents in high school reporting having used an e-cig in the past 30 days rose from 1.5 percent to 2.8 percent. Overall, according to the findings of the survey, 1.78 million high school and middle school students nationwide had tried e-cigs by 2012.

The CDC aren't stupid, though, so they “helpfully” point out that 76.3 percent of middle and high school students who used an e-cig in the past 30 days had also smoked at least one cigarette over the same period.

The increased use of e-cigarettes by teens is deeply troubling. Nicotine is a highly addictive drug.  Many teens who start with e-cigarettes may be condemned to struggling with a lifelong addiction to nicotine and conventional cigarettes.

What They Found – The Realistic Version

At this point, you’d be forgiven for thinking there really is something to the claim that e-cigs are attracting children into a lifetime of smoking. However, the actual data doesn’t warrant this conclusion.

In the full article, more information is provided which enables more realistic conclusions to be drawn. Firstly, it’s clear that the “ever tried e-cigarettes” question is of little use if you're concerned about teens being lured into nicotine addiction by e-cigs. I once ate a deep-fried chocolate bar, but I've never had a desire to do so again. Trying something doesn't make you addicted or even really justify you being classed as a “user.”

Similarly, there are issues with the idea that having used an e-cigarette in the last 30 days equates to “current” use, as Dr. Michael Siegel points out in his blog post about the survey (see E-Cig Experimentation Increases Among Youth, But Use Among Nonsmokers Remains Low). If a respondent only ever tried e-cigs once, in the study they’re classed as a “current” user if it happens to have been in the last 30 days. There was no question about daily use, or even weekly use, and therefore nothing in this research was actually able to definitively identify a regular teen vaper.

This is essential to keep in mind when looking at the results, but it doesn't completely nullify the study. After all, it would be implausible that some teens don't become regular e-cigarette users, especially since in the 2011 survey around 2.5 percent of respondents had smoked a traditional cigarette every day over the previous month. The real issue is whether kids who don’t smoke decide to pick up an e-cigarette, and whether that then translates to regular use or even smoking. As a mere survey, a causal relationship is impossible to determine from this study, and any suggestion that teen e-cig use leads to later smoking is pure conjecture. Don’t believe us? Try to find one person making that claim who offers hard evidence in support of it.

The best indication the study provides of how many teens regularly use e-cigs and how many of them are non-smokers is based on use in the past 30 days.

Subtracting the number of e-cig users who also smoked in the past 30 days from the total amount of e-cig users gives an indication of how many respondents who weren't currently smokers used e-cigs. In middle school this is 0.4 percent, and in high school it’s 0.6 percent, working out to 0.5 percent over the whole sample. Out of the whole sample, 90.7 percent of those who'd ever tried e-cigarettes had also smoked in the past.

Stripped of the scaremongering media spin, the findings of this survey are virtually pedestrian. In 2011, the CDC found that 18.1 percent of high school students had smoked at least one actual cigarette in the past 30 days. In 2012, only 2.8 percent of high school students had used an e-cigarette in the past 30 days. If you share the reasonable opinion that it’s better for a teen to vape than to smoke, if anything it seems that a bigger proportion of those teens – who would otherwise be smoking – using e-cigs is a good thing.

Since 10 percent of high school students had ever tried e-cigs, the fact that only 0.6 percent of students were non-smokers who’d used e-cigs in the past month actually seems like it should allay any fears that non-smoking teens are going to start using e-cigs in droves.

Yes, the curious ones will try them (just like they'd have likely tried cigarettes otherwise), but the vast majority of regular e-cig users are current or (hopefully now) ex-smokers. In fact – despite the fact that there is no evidence that e-cigs are either marketed to teens or that any non-smoking teen has ever taken up e-cigs and later graduated to smoking tobacco cigs – this research shows that if e-cigs really are an evil plan to hook kids on cigarettes, it’s a plan that’s failing dismally. This survey shows that the overwhelming majority of non-smoking kids really don’t appear to be interested in e-cigs at all.