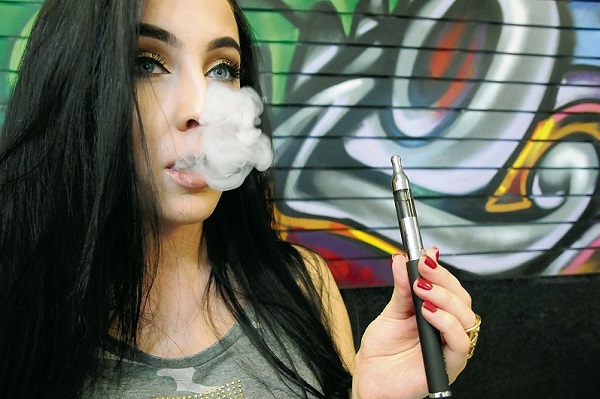 With lawmakers around the world pondering the question of how to deal with e-cigarettes, England has now joined many others (including 26 states) and opted to officially ban the sale of e-cigarettes to youths.

This is a particularly hot-button topic, and vapers and advocates are pretty much unanimous in their support of banning sale to youths. However, the move comes out of a general climate of fear regarding e-cigarettes, with groups such as Cancer Research UK airing their “concerns” over the issue, like Helen Lovejoy from “the Simpsons” stuck on repeat.

Despite the general consensus over the issue, there are doubts as to whether the move will make much of a difference to the issue of youth smoking, and there’s also an all-too-rarely repeated argument against decisions like this worth some consideration.

The new ban comes after many schools in England have made the same decision, and has been widely reported on along with quotes like this from the country’s chief medical officer, Professor Dame Sally Davis:

“We do not yet know the harm that e-cigarettes can cause to adults let alone to children, but we do know they are not risk free. E-cigarettes can produce toxic chemicals and the amount of nicotine and other chemical constituents and contaminants, including vaporized flavorings, varies between products meaning they could be extremely damaging to young people's health.”

This is either the result of rank ignorance – which seems unlikely coming from a medical professional – or a desire to avoid mentioning the fact that e-cigarettes contain the same trace amounts of toxic chemicals as you’ll find in approved and regulated nicotine replacement products. Just for the sake of clarity: it’s abundantly clear that e-cigarettes are much safer cigarettes, from both chemical and toxicological research. Cigarettes, not e-cigarettes, should very obviously be the prime area of concern.

The new rules are part of an amendment to the Children and Families bill, and the changes do also prohibit knowingly buying tobacco for anybody aged under 18. Research has shown that almost all youth smokers in the country say they’ve been bought cigarettes at least once in the past year, and two out of five 15 year olds surveyed said they usually buy cigarettes from other people as opposed to retail outlets.

Even if we include widely-misinterpreted studies like the CDC survey (which actually contained no measure of “current” e-cig use; meaning it really only measured experimentation), the research on the topic of youth e-cig use has one clear message: it’s overwhelmingly youths who already smoke who use e-cigarettes. In the UK, ASH did a study on the topic and failed to find a single non-smoking youth who has become a regular vaper, and other research has suggested that e-cigs really aren’t a gateway to anything. There is simply no evidence that non-smoking youths are starting to regularly use e-cigarettes, and even less that this would then lead them onto tobacco use.

As Clive Bates points out, one of the main factors that would evidently drive teens towards the use of electronic cigarettes is the fact that they’re much safer than smoking. Is there really any sense in the notion that they would then go on to smoke tobacco? Why choose the safer, cautiously accepted option at first and then graduate to a deadly habit that is socially ostracized? And if you did that, wouldn’t you switch back to vaping and quit smoking at some point, since you’re evidently health-conscious? The gateway argument is full of holes, and the existing research to date has failed to find any substantial evidence in support of it. There is no reason to be concerned about e-cigarettes and teens.

What there is reason to be concerned about is youth smoking. In the UK in 2012, around 10 percent of 15 year olds were regular smokers. In the ASH UK study, only 2 percent of the youths who’d heard of e-cigs were regular users, and they were all already smokers. If you accept the very reasonable notion that e-cigarettes are much safer than cigarettes, wouldn’t it be in the interest of public health to try to encourage more of the country’s youth smokers to vape? The other measure introduced should reduce their ability to get hold of tobacco cigarettes in the first place, but if we imagine for a moment (as hard as it may be) that we don’t live in a magical utopia in which all laws are enforced effectively, it seems that if youths are smoking, they should also have the safer option available.

Some teenagers do take up smoking (estimated at over 200,000 per year in the UK), so you could argue that it would actually be a good thing if those teens started to vape instead. However, as stated in the introduction, even among vapers there is a lot of support for bans of sales to under 18s. It makes sense, since tobacco is banned for them too and nobody wants teens to become addicted to nicotine: it’s when a potentially damaging addiction often takes root. Realists, however, will point out that no matter what we want, teens take up smoking anyway, so we should take steps to deal with that in any way possible. This is just a ban on one potential solution in the absence of any evidence of risk.

So, even though there are issues, the English government’s move is an acceptable one to most. The MHRA’s proposed overregulation of e-cigarettes is the primary concern for vapers in the country, not to mention the backwards EU proposals floating around, but we shouldn’t forget that even the issue of teen e-cig use isn’t as simple as we may think. You can expect to see this move repeated around the world, though, and the ones who question the wisdom of it seem destined to be drowned out by the chorus of shrieking Helen Lovejoy impersonators, motivated by fear despite an utter absence of evidence.