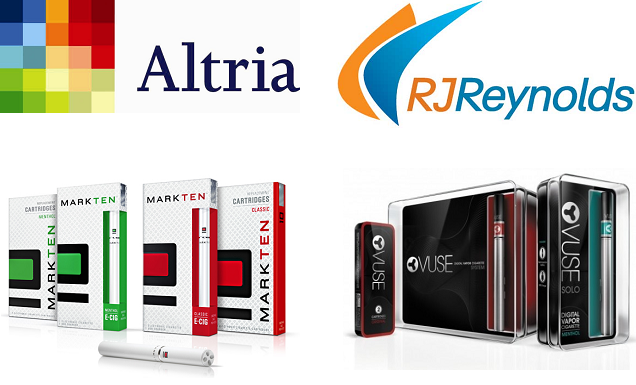 Big Tobacco companies Altria (of Marlboro cigarettes and MarkTen e-cigarettes) and RJ Reynolds (maker of Camels and Vuse e-cigarettes) are taking some further steps to bolster their image and further their standing in the e-cigarette market by placing some excessive warnings on their vaping products. If you’re particularly trusting, you might see this – as an Atria spokesman suggested – as reflecting a “goal to openly and honestly communicate about health effects,” but very few vapers are taken in by that explanation. The warnings themselves may go overboard, but they reveal much about Big Tobacco’s strategy when it comes to e-cigarettes. 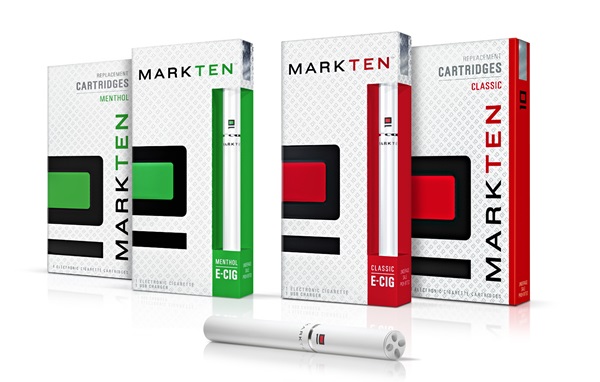 MarkTen’s warning stands at over 100 words, and reads:

“This product is not a smoking cessation product and has not been tested as such. This product is intended for use by persons of legal age or older, and not by children, women who are pregnant or breast feeding, or persons with or at risk of heart disease, high blood pressure, diabetes, or taking medicine for depression or asthma. Nicotine is addictive and habit forming, and it is very toxic by inhalation, in contact with the skin, or if swallowed. Nicotine can increase your heart rate and blood pressure and cause dizziness, nausea, and stomach pain. Inhalation of this product may aggravate existing respiratory conditions. Ingestion of the non-vaporized concentrated ingredients in the cartridges can be poisonous.” RJ Reynolds has a similar statement on Vuse e-cigarettes, saying the device is unsuitable for those “who have an unstable heart condition, high blood pressure, or diabetes; or persons who are at risk for heart disease or are taking medicine for depression or asthma.” Appearing Responsible, or a Backhanded Swipe at Other E-Cigarette Companies?

The big problem with the whole “open an honest communication” angle and the stated aim of putting the industry “on the right side of history” is quite an obvious one: combustible cigarettes don’t have warnings anywhere near as big as this. In fact, a recent push to add graphic warnings to cigarette packs didn’t go through because of challenges from tobacco companies (Altria wasn’t involved in this, but Reynolds was). So why make such a big, and entirely voluntary, fuss about the extremely limited potential risks of e-cigarettes? Since they contain nicotine too, shouldn’t almost all of the same warnings apply to combustible cigarettes?

Commentators have suggested that part of the reason behind it is to appear more reasonable, as if they’re “reformed” and now care deeply about the health of users of its products, when in actual fact they know that everybody pretty much ignores warnings like this. It’s a pre-emptive jumping through regulatory hoops, an attempt to make themselves look more responsible than the competition in the eyes of the public and lawmakers. Plus, it’s some protection against any lawsuits that may occur in future.

When you look at the move in light of their previous activities in the e-cigarette industry, it seems like a continuation of the same strategy: to make themselves look like the reliable e-cigarette manufacturers and further (albeit indirectly) denounce the small businesses they’re competing with.

The most telling action was Reynolds’ comment to the FDA, which called for a ban on “open-system” (translation: more effective, more popular devices) e-cigarettes to leave their cig-a-like options free to take over the market. A spokesman commented that “We believe open-system vapor products create unique public health risks,” and CEO Susan Cameron went on to suggest that more advanced e-cig tanks and atomizers are being used to take drugs. Although the FDA’s draft regulations drastically favor them due to their financial might, they still want to annihilate the competition just in case.

Sales of the cig-a-likes Big Tobacco are increasingly pushing are stagnating, but the open system products made by smaller, independent companies are attracting more and more vapers and smokers. In short, they are desperate to rescue their new venture any way they can. RJ Reynolds has also boasted that levels of potential toxicants and carcinogens in its Vuse e-cig are below the level of detection in laboratory tests, again attempting to promote their products as for the truly health-conscious while other companies are targeted in frequent senseless panics about miniscule levels of toxic components.

The warning label works towards this general goal too. They’re putting themselves “ahead of the field” (in a very limited capacity) from the perspective of misled consumers and misguided public health advocates. Note the comments in MarkTen’s warning addressing concerns of child vaping and e-liquid poisoning – they’re hitting on all media hot-buttons they can to paint themselves as a step above the competition. While getting society to trust tobacco companies is a very tall order, even if they’re making a vastly safer product, they’re trying pretty hard. Although the media has generally been skeptical of the move, they also haven’t missed the opportunity to call attention to some of the more outlandish claims made by a very small minority of e-cigarettes companies.

The situation with Big Tobacco and e-cigs is a strange one: they’ve backed the wrong type of e-cigarette but they’re still pegged to dominate the industry when the regulations hit. Altria, RJ Reynolds and the others would be better off working on a VV/VW mod or eGo style device in terms of sales, but their desire to promote something more cigarette-like has led them to choose ineffective devices. However, they have the financial might and manpower to comply with the industry-crippling FDA regulations and plenty of experience battling opposition to their products, so the more grim predictions of the future of the e-cigarette put them right at the forefront of the industry. But until they’re saved by bureaucracy, they’ll want to drum up as many sales as they can for their failing products, so we can expect to see more cynical ploys like this in the future.