A new study published in the International Journal of Environmental Research and Public Health has provided more evidence in support of something vapers have known for a long time: that the variety of flavors available is integral to quitting smoking using e-cigs.

The paper (available in full for free) offers evidence that efforts to reduce the selection of flavors available in e-liquid (out of a misguided attempt to “protect the children”) are likely to be counter-productive if reducing smoking-related illness and death is your goal. Of course, every piece of research comes with limitations, but the core finding here is pretty hard to deny: flavors matter to adult vapers.

What They Did – Survey of E-Cig Users

The team of researchers, led by Dr. Konstantinos Farsalinos (researcher at the Onassis Cardiac Surgery Center in Greece and blogger at Ecigarette Research), created a survey with the aim of determining how important flavors are to vapers, what the most popular flavors are and how frequently users switch flavors. Questions such as “Was it difficult to find the flavorings of your preference at the initiation of e-cig use?” and “Was the variability of flavorings important in your effort to reduce or completely substitute smoking?” were asked, along with questions about which flavors participants used and why they used multiple flavors. In addition, a question about smoking status was used to separate the participants into former smokers and “dual users” of both e-cigs and tobacco cigarettes. Questions relating to age, country of residence, gender and education level were asked too, and users’ IP addresses were checked to prevent double-entries.

The survey was posted on SurveyMonkey for 15 days, and advertised on forums, social media pages and advocates groups for e-cigs, with participation open to any vaper – regardless of age and previous or current smoking status. In total, there were 4,618 participants, with 4,515 reporting their smoking status. 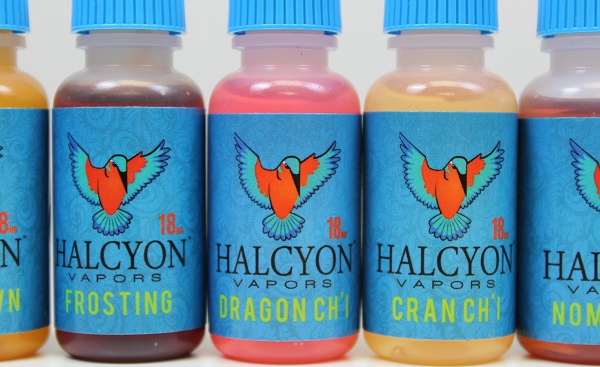 The sample included a large number of former smokers (over 90 percent of respondents), which is indicative of the sample selection process; recruiting from forums and vaping groups means more dedicated users who have already quit smoking, when in reality most e-cig users are current smokers. This isn’t a major issue, however, because the purpose of the research was to determine whether flavors were important for vapers; if anything, it’s especially useful to get this information from “successful” users who’ve managed to quit.

The current smokers in the research had reduced their cigarette consumption from an average of 20 to four cigarettes per day after starting vaping, amounting to an 80 percent reduction. Former smokers were more likely to be using “third-generation” mods, compared to current smokers who ordinarily used eGos or “first generation” cig-a-likes. Most vaped liquids with nicotine, and current smokers ordinarily opted for higher concentrations.

Out of the group on the whole, 69.4 percent vaped fruit flavors, 61.4 used sweet flavors and 43.9 vaped tobacco flavors. Drink-themed flavors were the next most popular, followed by menthol. For flavor preference, current smokers were more likely to vape tobacco flavors than ex-smokers (53 vs. 43.1 percent), and ex-smokers were more likely to vape sweet and fruity flavors than current smokers (63.9 vs. 52 percent for sweet, and 71.7 vs. 62.8 percent for sweet).When they first used e-cigarettes, 69.1 percent of respondents vaped tobacco flavors, with fruit and sweet flavors being the next most popular options for new users.

As for switching flavors, 68.3 percent of respondents changed flavors either daily or more than once per day, and this was more likely to occur in the ex-smokers than the current smokers. When asked why they choose to use different flavors, 73.1 percent said it was because they liked the variety of choices, including 65.1 percent of the current smokers in the survey. Around half said they also found that flavors get “blunt” (in other words, lose their impact) if used for an extended period of time.

Most of the respondents said the variety in flavors was “very important” in reducing and quitting smoking using e-cigs. If the variability in flavors was reduced, 68.9 said it would make vaping less enjoyable (a bigger proportion of the ex-smokers than the current smokers), and around half of the sample said flavor restrictions would increase their craving for cigarettes. In addition, 44.2 percent of current smokers said it would make them less likely to reduce or quit smoking.

When the various characteristics were analyzed with respect to abstinence from smoking, being male, using e-cigs more frequently and the number of flavorings used appeared to be associated with successful quitting.

Sweet and Fruity E-Cigarette Flavors are Integral to Success

The study’s findings are common sense to most vapers, but for regulators grappling with the issues, the calls of anti-smoking groups that sweet and fruity flavors attract children aren’t so easy to push aside. In the discussion section to the study, the authors rightly argue that this fear is driven by the experience with flavored tobacco (and its marketing) in the past. With tobacco, it was found that flavored brands were mainly popular with youth, and this finding supported the decision to ban them. For e-cigarettes – which are definitively not tobacco – there is no evidence in favor of any similar conclusion, and the researchers point to existing evidence that very few non-smokers or youths use e-cigs (there’s also evidence to contradict the notion that e-cigs are a gateway to smoking) and that flavor plays an important part in the appeal of e-cigarettes.

The findings paint a picture familiar to many vapers; at first, you vape tobacco flavors, but as you become more accustomed to the technology (or – as the researchers suggest – the improvement in taste resulting from continued vaping makes the flavor of tobacco less appealing) you switch to fruity and sweet flavors. People vape tobacco to transition, but then experiment a little more and start switching flavors more regularly. Most importantly for lawmakers, the study shows that adult vapers (the vast majority of e-cig users) see flavors as an important factor in their ability to quit and would likely find it more difficult if the options were restricted. With no evidence on the opposing side of the argument, limiting flavors would be a ridiculous, unjustified and likely counter-productive course of action.

There is another interesting finding from this research: ex-smokers were more likely to be users of e-cig mods, and very few vapers use “first generation,” cig-a-like devices. The clinical trials to date have used first-gen devices (they take a lot of time to organize, so by the time it comes to do the actual test the selected devices are outdated), but there is reason to believe that newer devices might be more effective. In short, they provide more power and a more enjoyable experience, and so clinical trials involving them in future may show higher success rates.

Although the study was intended to determine the importance of flavors from users’ perspectives, the finding that more ex-smokers change flavors regularly and choose options other than tobacco or menthol does support the proposition that they’re an important factor in quitting smoking with e-cigs. This would need to be confirmed by a purpose-built trial, but for now, this study provides valuable evidence, published in a peer-reviewed academic journal that adult vapers primarily use the sort of flavors anti-smoking groups are trying to ban, and that they contribute to the perceived effectiveness of e-cigarettes. With only ideological, baseless claims to the contrary, limiting the availability of flavors would be a potentially disastrous move for public health.