If you’re wondering who made vaping popular in among Hollywood celebrities, the answer is Leonardo Dicaprio. This actor, producer, environmental activist (among other things) has been vaping for nearly a decade now – ever since the industry was in its infancy – and he was never shy about it. These days, tabloids are full of famous people clutching their vape devices, but back in 2009 vaping was still largely under the radar. That is until Leonardo Dicaprio whipped up his cigalike out in public and brought it front and center.

Jack Dawson Is A Cloud-Puffing Cyclist

The evidence that Leo has been vaping since at least 2009 is pretty conclusive. He was caught vaping on camera in March of that year. Funnily enough, Dicaprio was vaping while cycling, which just goes to show that, unlike smoking, vaping doesn’t impede your athletic performance. 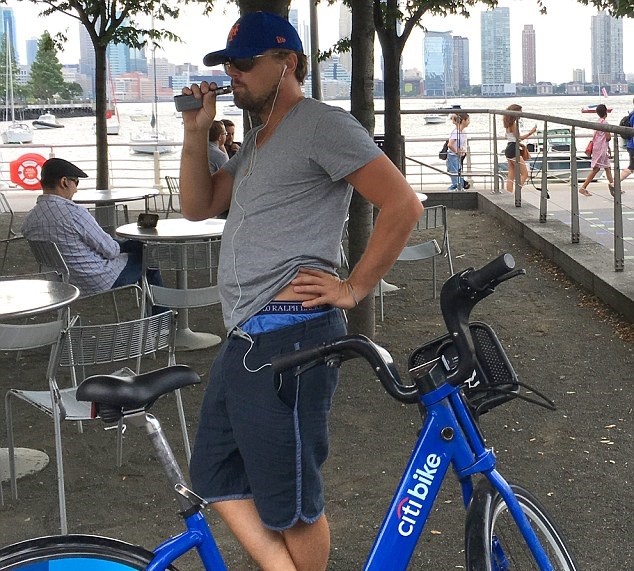 Later in the same year he was photographed with his electronic cigarette in a popular New York restaurant. Of course, this was back when indoor vaping was not as heavily regulated. I doubt he would be able to pull a stunt like that today – not with the current war on vaping going on. In 2014, his vaping made tabloid headlines again. The Golden Globe award ceremony is probably the last place I would consider appropriate for vaping (mainly because I would be too busy geeking out if I were ever there) but it didn’t phase Dicaprio in the slightest. Those around him also didn’t seem to mind his clouds. Dicaprio Steps Up His Vaping Game While most of his colleagues seem to be content with flimsy cigalike e-cigs, Dicaprio is no stranger to upping his vaping game, as the image shows. In 2016, he opted for Innokin iTaste MVP 2 with an Aerotank Mega vape tank, a setup he showed off during the SAG Awards ceremony. That didn’t sit all too well with the American Lung Association, which took to Twitter to scold Leo and to warn people about the ‘dangers’ of vaping, quoting the ill-informed Surgeon General Report. They didn’t get a reaction out of Leo but they did prompt the organizers of the Oscars to state explicitly that ‘vaping at the show would be a problem.

All in all, the fact that we have Leonardo Dicaprio, an unabashed vaper, in our corner can only be positive for the vaping community. Thanks Leo for vaping, you truly are one of us!