Electronic cigarettes have an inherently futuristic quality. It’s easy to picture a utopian future in which the pungent, thick aroma of smoke is a thing of the past; with everybody who would have been a smoker happily vaping away at significantly reduced risk to themselves, but the current design is far from the end of the line for e-cigs. Like any other form of technology – and indeed along with other forms of technology – the world of e-cigs looks set to go through continuous evolution.

Manufacturers are continuously working to improve their offerings, but in which direction might things have gone by the turn of the next decade? Pinning down future events is not an exact science, but some improvements to the technology are to be expected because of the huge potential they hold.

Where It Won’t Go

First of all, there are two types of improvement to think about. Speaking frankly, many reported improvements from manufacturers are little other than attempts to attract a bit of attention and convince you to part way with some cash. The technology that comes to mind in this department is the “Social Feature” offered by blu Cigs, which basically just vibrates when you’re close to someone else who uses blu products. This is something with absolutely no practical benefits unless you happen to be insanely willing to arbitrarily talk to people who happen to be using the same brand of e-cig as you – in other words, it’s a meaningless improvement designed for fictional weirdos. “Improvements” of this style are not the future of e-cigs, they’re often not even well-considered enough to be referred to as fads. The real improvements are features that won’t be associated with one specific brand – they’ll be technologies with genuine, wide-ranging benefits for e-cig users everywhere.

Some new technologies will inevitably become regular features on e-cigs by 2020, and the most important ones relate to power. It’s no secret that batteries are often lagging behind the demands of technology, forcing the manufacturer into a trade-off between raw power and lasting functionality. Arguably the biggest issue for e-cigs in this department is the problem that vapor production drops as the standard lithium-ion lose charge. So what are the potential solutions to the continuous problem of battery life? 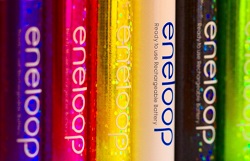 Well, of course bigger e-cigs like eGos and APVs effectively solve the problem by making the entire thing chunkier and therefore longer-lasting. But there are many advances in batteries waiting on the horizon, with graphene batteries, lithium-sulfur batteries and nanomaterials all vying for the title of the ultimate battery. In essence, these ideas promise to extend the battery life and operating power we get, and when applied to e-cigs this would mean more vapor for longer. For example, the graphene batteries can recharge in just a few minutes and the nanomaterial (which is composed of tin crystals) could virtually double the power storage we currently get from lithium ion. Whatever direction the evolution of batteries takes, you can rest assured that e-cigs will be right on board so you can vape longer and charge less.

Speaking of charging, the obvious option of solar charging systems for e-cigs will undoubtedly increase, with even tiny glitter-size photovoltaic cells having been developed by scientists. This means that the often horrendous-looking disco-ball e-cigs might be produced (hopefully in a less offensive design) which actually serve a purpose. A bunch of tiny photovoltaic cells intricately woven around the battery could serve to produce an e-cig you never even have to charge up. Even if you do have to charge it, there is potential for the entire thing to be done wirelessly. In other words, plugging your e-cig into a USB port or a wall socket will become a thing of the past.

These technological changes will undoubtedly improve things in a more direct and noticeable way for vapers, but the bigger benefits and the more lasting changes will undoubtedly come in areas you’ll hardly even notice. These are related to the ultimate, harm reduction purpose of e-cigs as a whole. This still drives the technology, with vapers being nothing other than smokers reformed through a revolutionary new approach to tobacco harm reduction. Although studies have roundly supported the potential of e-cigarettes as a harm reduction tool, they have also provided evidence that e-cigs are not absolutely safe. This is an important point, which is continually stated out of context in news reporting and in anything you hear from smoking-haters like ASH, but it’s one that e-cigarette manufacturers and the wider community must be aware of.

The reality of the situation is that electronic cigarettes are undoubtedly much safer than tobacco cigarettes, but they aren't perfect. Additionally, one undeniable truth is that if e-cigs are to survive as a technology until 2020 (which they almost certainly will, thanks to their obvious potential), they will have to weather the storm of coming legislation. If the situation in the UK is anything to work on, this regulation will demand higher product standards, and of course, reputable e-cig manufacturers want to absolutely minimize the harm done to users.

So, what direction is this likely to take? Well, as Dr. Michael Siegel noted in a blog post, one of the biggest problems facing e-cigs is the potential for inhalation of formaldehyde, so this may well be addressed. The levels of formaldehyde found in e-cigs were in similar quantities to a tobacco cigarette, although the rest of the selected carcinogens in the study were present in 9 to 450 times higher quantities in traditional cigs (and medical nicotine inhalers have the same problem). Formaldehyde can form from heated propylene glycol or the splitting of glycerin, which means that the e-liquids of 2020 may not use a propylene glycol base at all. One important point raised by Dr. Siegel is that these levels varied wildly, with one brand having 17 times more formaldehyde than another. Research focusing on the reasons for these differences will lead to improved product standards and thus remove one of the only potential risks associated with current e-cigs.

Another similar issue is the presence of particles of heavy metals in e-liquids and the aerosol produced. The study references other research which confirms just under 9 billion nanoparticles in the smoke of a cigarette, in comparison to around 2 million in the e-cigarette vapor. There were only 4 million particles detected over a larger range in the e-cig (in total, over 2,000 times less than in the tobacco cig), but this still represents a problem. Nanoparticles can penetrate quite far into the respiratory system and cause issues, so reducing the number of these will also become a priority. However, the issues identified related to loose solder and other metals which could be rectified with robust manufacturing standard and the use of new materials.

The Electronic Cigarette of 2020

The most striking feature of the electronic cigarette of the future is that it might not be just a huge relative reduction in risk compared to cigarettes, but an absolutely safe tool for enjoying nicotine. The minor issues currently creating a potential for harm with e-cigs are the areas most furtive for improvement, and with the infancy of the industry as a whole, additional safeguards can be expected by the turn of the decade.

The sci-fi e-cig of 2020 will feature cool additions like solar-charging, drastically improve battery life and reduce charging time, inhibit the formation of harmful compounds and have an ideal method of tracking your nicotine consumption. Of course, alongside these meaningful changes, vapers can expect a whole host of Social Feature-style ideas which offer very little in the way of improvements in experience, but will be peddled regardless. Whatever the future holds, you can rest assured that only a completely moronic policy move could kill e-cigs altogether.