In this age of sub-ohm tanks, 230 W vape mods and cloud competitions, vape batteries need to be capable of putting out some serious power. We’ve addressed battery safety elsewhere, but the short version is that any given battery can only put out so much current, and if you ask for too much from it, you can have a very bad time (i.e. your battery venting and possibly exploding). That’s why getting the right vaping battery matters.

But finding the best battery for vaping isn’t easy. Our list of the best high drain batteries for sub-ohm vaping aimed to make that a little easier, but sadly it wasn’t entirely accurate. We made the mistake of actually trusting what the manufacturers said: with re-wraps (cells from other manufacturers clothed in another brand’s wrapper) and pulse amp limits masquerading as continuous amp limits, you have to be a lot more careful about which batteries you put in your mod. Thanks to several very helpful comments and a lot of research, we’ve put together a new list of the best 18650 batteries for sub-ohm vaping.

We’ve primarily focused on amp limits, but to order the list we also paid attention to capacity, and as well as the best 18650 batteries, we’ve added a couple of alternative-sized batteries to the list too (one 26650 and one 21700, placed at the bottom because most vapers still use 18650s, despite the high amp limits and capacities of bigger sizes). So, without further ado, here’s our list of the top 10 high-drain 18650 batteries for vaping: Efest batteries are pretty popular in the world of vaping, but they aren’t one of the companies that actually make batteries. They take cells from other manufacturers and put their own branded wrapper on them. In general, these are lower-quality batteries and sometimes manufacturers (including Efest) overstate what they can do.

That said, not all rewraps are bad. In fact, you can still find some high-quality rewrapped batteries based on reviews and tests, and their 26650 option – the Efest Green – performs excellently and has a solid set of specs too. This is easily among the best 26650 vaping batteries on the market, with a 20 A maximum continuous current and a huge 4200 mAh capacity. The well-known battery expert Mooch tested it directly and found that the maximum continuous current may be closer to 23 A, so it’s one of the few batteries that can offer more than the manufacturer claims. You can pick this battery up for $12.95 (all prices at time of writing) 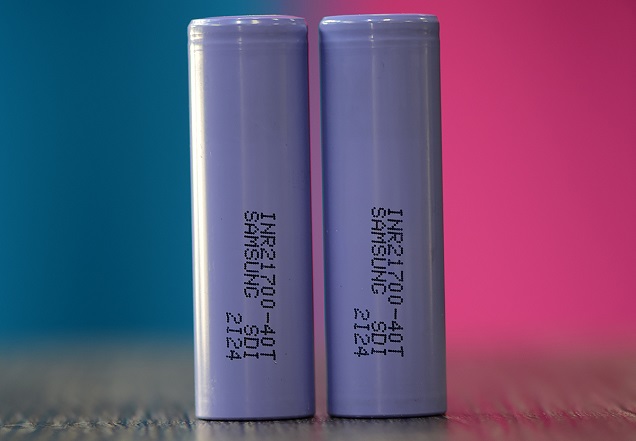 Although 26650s are still used, 21700 batteries are becoming more common these days, but options for cells are still limited. Samsung’s 40T is an INR (hybrid manganese-nickel chemistry) that combines an impressively-high maximum continuous current rating of 30 A (although Illumn rates it at 35 A) with a solid 4,000 mAh capacity. It’s a solid performer if you’re looking for the best 21700 battery for high-drain vaping, and you can pick it up for $11.95. 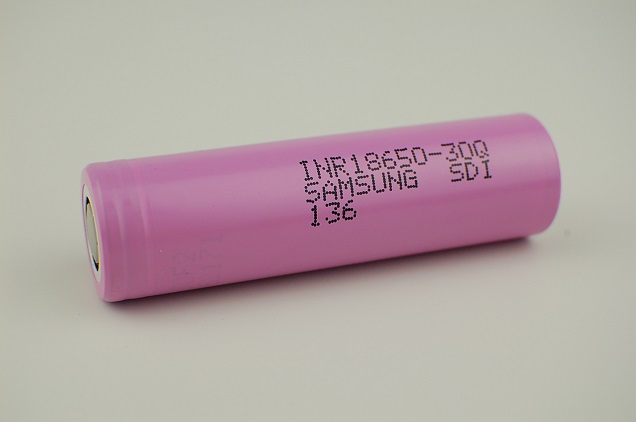 Onto the best 18650 batteries, the Samsung INR 18650-30Q has a slightly better than average amp limit – offering up to 15 A continuous discharge – and an excellent capacity of 3,000 mAh. This uses nickel chemistry (indicated by the “N” in the name), and testing suggests it actually performs reasonably well at 20 A, although it’s better to stick to the 15 A max recommendation for safety purposes. You can pick this battery up for $8.95. The HE2 and HE4 hybrid IMR 18650 batteries from LG both have the same core specs, offering a 20 A continuous discharge limit and 2,500 mAh capacities. The (yellow) HE4 is the newer model (and is actually called the LG DBHE41865), and shows good performance in tests at 20 A, although the capacity drops considerably when tested under the (not recommended) amp-load of 30 A. If you can’t find the HE4, though, the (red) HE2 is still a very dependable battery and may be easier to find in stock. Kidney Puncher claims that they’ve seen tests where the HE2 handles much higher currents, but available tests show a notable capacity and voltage drop when tested at 30 A. As always, it’s best to stay within the battery’s official limits. Also offering a 20 A maximum continuous discharge but providing 3,000 mAh capacity, the LG INR 18650 HG2 is up there with the best vaping batteries for sub-ohming. Unfortunately for the cell, though, initial testing from Kidney Puncher suggests a fairly poor performance, dropping to around 2,100 mAh when tested under vaping-like conditions on a 0.2 ohm coil (meaning 21 A at the full 4.2 V). Still a great option for the amp limit alone, though, and more than enough for many vapers' purposes. Sony’s VTC batteries always feature on lists of the best 18650 batteries for vaping, and for good reason. All of the incarnations do a great job of balancing high current output with battery life, producing a series of cells that perform excellently and are as dependable as they come. The latest cell – the VTC6 – might not have as high a maximum continuous current output as some older models, but the 20 A output combined with a huge 3,000 mAh capacity makes it one of the best 18650 batteries on the market. If you’re looking for a battery with a 3,000 mAh capacity, the VTC6 should be your number one choice. You can pick VTC6 batteries up for $11.95. The Samsung INR 18650 (hybrid chemistry) 20R has since been upgraded to the 25R, but that upgrade came with a slight decrease in maximum continuous current. The benefit of the newer version is in capacity, with the 25 R offering 2,500 mAh, which still leaves the 20 R as the best high-drain option for sub-ohming if you only consider the amp limit. The decision is really between an extra 500 mAh capacity or an extra 2 A max discharge. Personally I’d opt for the 25 R for the capacity, but that’s ultimately your decision to make depending on what you need most from a vape battery. Testing shows that both cells do really well, so you’re unlikely to be disappointed whichever you shoot for. The HD2C from LG is a 18650 battery that updates the HD2. While it doesn't look that impressive based on maximum continuous current rating from the specs (which give a rating of 20 A), testing confirms that the ratings are probably underselling it. In practice, the HD2C is a 25 A battery, just like the older HD2, and it also has a capacity that appears closer to 2,200 mAh than the stated 2,100 mAh. On top of this, it runs at a higher voltage in use compared to the HD2, putting it above it in terms of performance and landing it a respectable spot among the best 18650 batteries for vaping. You can buy the HD2C for $4.50. This hybrid battery from Samsung takes the second place on this best 18650 battery for vaping countdown thanks to an impressive maximum continuous current rating and solid capacity to back it up too. The stated maximum continuous current rating of 30 A has been confirmed in testing, and it performs particularly well throughout the discharge cycle too. While the Sony models arguably just top it due to a slightly higher capacity, it’s very much a toss-up and down to what works best for you as a vaper. You can pick up this cell for $8.95. Sony takes the top spot on this list of the best 18650 batteries for vaping because they’ve released so many excellent batteries over the years. The VTC4 and 5A are their best offerings for high-drain vaping, with a stated maximum current rating of 30 A on both cells. However, testing suggests that the 5A tops out at 25 A and the VTC4 is ideally used at a maximum of 20 A. Both of these can technically exceed these ratings (and be used at 30 A as the manufacturers suggest), but for longevity you’d be better off keeping the current slightly lower.

The short version is that the VTC 4 is a great option, priced at $4.50 per cell, but if you can find the VTC5A in stock (available for $8.95 per cell at the time of writing), the improved 2,5000 mAh capacity gives it a little more potential. For high-drain vaping, Sony really does dominate the best vaping batteries.

Choosing the best 18650 battery for vaping is partially about “chuckin’ clouds” and becoming your own mini steam train, but the reason it’s so important is ultimately safety. If you’re looking to draw some serious current from your battery, you need one that can stand up to it, and outside of in-built batteries in regulated mods, this means you need to understand what you’re doing. If you can’t already recite ohm’s law from memory, brush up on it and why it’s important before you go putting together a super-sub-ohm build and trying to fire it with an inappropriate battery.

If you know your stuff, then get yourself a dependable, capable vape battery – ideally one with a bigger amp limit than you really need, since it’s better not to push your battery too close to the limit – and go ahead and wow the crowd at your local cloud contest. Get one of the best vape batteries and you can have fun chuckin’ clouds without worrying about your mod turning into a pipe bomb.