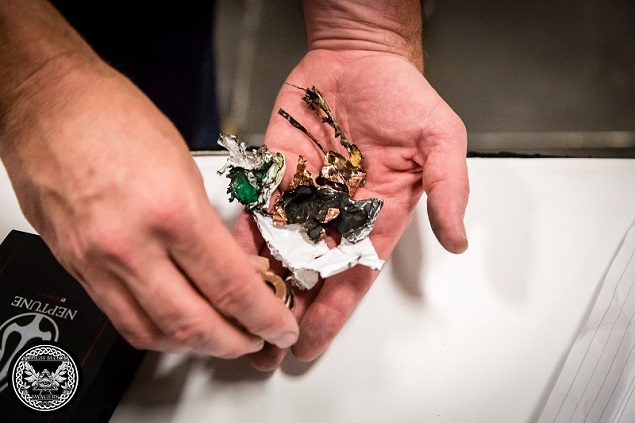 It’s all over the news these days – ‘a vape pen explodes, costing a man five of his teeth’; or, ‘an exploding vape damages property, man runs for his life!’ Honestly, I could go on and on, but I guess you get the general idea. Naturally, all of this is very scary, especially if you’re a beginner vaper.

To combat the mass hysteria that’s all too evident on the social media, I’ve decided to create this short (but sweet) post that could have just as easily be named ‘Please Use Common Sense If Vaping’. No disrespect to anybody, but a lot of these accidents could have been avoided if people only took the time to educate themselves about something they put in their pockets (and their mouths!).

Read on and you will learn:

Is There Really Such a Thing As a “Vape” Explosion?

The reason why I put “vape” in quotation marks in the title is because there is really no such thing as a “vape” explosion. A vaping device is either a box with some circuitry or a metal tube with little else inside it. Saying that they, in and of themselves, can explode is pretty ridiculous.

However, add a battery into the mix and you’re dealing with a completely different situation. The crux of the problem are the batteries – they are the ones that can, potentially, explode. However, that’s true of all batteries, including those in our phones. Remember Galaxy Note 7 debacle? The devices weren’t at fault; it was the batteries powering them that caused the explosions. What we’re dealing with here is called thermal runaway – a shorting battery that feeds into itself, causing a rise in temperature that results in the battery venting (exploding). It’s basic chemistry, really.

Still, if these so-called news had a proper headline (for example, Thermal Runaway Caused by Improper Use Triggers Battery Explosion) would you tune in? Of course not – we’re all aware of the fact that batteries can explode, as well as that most of those explosions happen because of user mistakes. Frame it like that, and it’s not really newsworthy, is it?

Still, these ‘vape’ (sigh!) explosions do happen and we want you to feel when using your vaping device. That’s why it’s important to familiarize yourself with the most common causes of those explosions. If you know them, you will most likely be able to avoid them.

What Can Cause a Battery to Vent

As you can see, all but one of these causes can be attributed to mishandling or improper use of batteries. Fortunately, there’s an easy fix for them – education! If everyone who handles batteries followed basic battery safety procedures we would probably have no more than 10 vape-related explosions per year. Even now, they are pretty rare – a very conservative estimate tells us that there are around 21 million vapers in the world. However, in the last couple of years, there were 250 vape-related explosions reported (not an exact number since most vapers don’t report these incidents, knowing that they are either fully responsible for the explosion or the explosion didn’t injure anyone). That’s 0.001% – hardly an overwhelming number!

Still, most of them were probably avoidable. In order to save you from appearing on the news and invoking the ire of the vaping community, I have a couple of battery safety tips to share with you.

How to Minimize the Chances of Your Battery Venting That’s about it. A bit of common sense goes a very long way in this case. Don’t use things that you don’t know how to use; don’t mix things that don’t mix; don’t ignore the warning signs; and DO buy batteries from people who know how to make them.

I choose to showcase these examples here because they were widely reported by the media. Some of them even managed to get tens of thousands of comments on Facebook and other sites, which is pretty surprising. For the record, I sympathize with the victims – some of them will be scarred for life thanks to their running with thermal runaway. However, the record needs to set straight – their batteries (not their vaping devices!) exploded because of mishandling. Vaping demonization that occurred thanks to some of these cases is damaging our community but hopefully, as time moves forward, we’ll see less and less of them.

This battery explosion went viral, reaching millions of people in a matter of days. Mr. Hall claimed that he was vaping in his bathroom (an odd choice of venue, really) when his vape device blew up in his face. The end result was seven lost teeth, damage to the sink, and scorching marks on the bathroom wall. He took to Facebook, saying that he usually gets his vape set up in a vape shop and has no idea what happened this time.

What actually transpired (by his own admission later on) was that he was running too low of a coil resistance on a mechanical mod. Naturally, the battery was squeezed for more than it could deliver and it blew up in his face. The moral of the story is that you should be very, very careful with mechanical mods. Also, lying after the fact is not smart as that too tends to blow up in your face.

Mr. Gooding was at his place of work when sparks started flying left and right from his pocket. After a brief struggle, he managed to evacuate the mod out and onto the floor, much at the horror of his fellow co-workers. Mr. Gooding suffered serious burns on his leg and thigh and had to be hospitalized. The cause of battery failure was device tampering. He jury-rigged his mod so it would deliver more current, which eventually caused the battery to vent. All I can say is – if it ain’t broke, don’t fix it!

A bedroom caught fire in Oldbury, UK, and the local fire department had to come out to the scene to deal with it. After dousing the flames, firefighters found the remains of an e-cigarette on the bed-side table. Apparently, the vaper in question thought he could simply plug his eGo style vape device into any old charger he had lying around and forget about it. Let this be a lesson (actually, two lessons) – always try to use a USB cable that came with the device (or a quality charger for 18650 batteries) and never leave your batteries unattended while charging.

While leaving a restaurant with his wife, Mr. Johnson noticed heat erupting in his groin region. Unfortunately, it wasn’t a warm, fuzzy feeling a man who’s just treated his wife to an expensive meal sometimes gets – it was, in fact, a venting battery. He was carrying a spare in his pocket, where it was mingling with his keys and loose change. Eventually, the circuit was closed and the battery vented, causing serious damage to Mr. Jonson’s pants and his leg. Loose coins and loose batteries don’t mix – remember that and buy a protective sleeve for your spare battery.

Mr. Jiminez suffered second-degree burns to his thigh and hand after two batteries vented in his pocket while he was driving. This 24-year old EMT was carrying around a couple of spares, unaware of what could happen should they rub off against one another. A double whammy indeed; which is why I feel it’s important to reiterate: never, EVER carry loose batteries in your pocket. One is bad enough but two is just asking for it.

The fact that users more than contribute to these vaping incidents should be pretty self-evident by now. In order to avoid something similar happening to you, please heed the advice you’ve read in this post.

As we move forward, battery manufacturers will come up with ways to make batteries safer than they are now (although, they are really pretty safe), which means that we’ll be seeing less of these vape explosion reports. Until that happens, vape on but vape on safely!

How to Report a Vape Battery Explosion?

What to do if your vape blows up? Report a vape explosion incident to the FDA and NIH.

For more safety tips on how to avoid your vape pen from exploding, check out the posts below.