Top 5 Most Influential People in the Electronic Cigarette Industry

Organizations do a whole heap of good work in the e-cigarette industry, but plenty of individual people manage to effectively stand their ground against the crusade of lies propagated by anti-smoking groups, the tobacco industry and regulatory bodies such as the FDA. Ultimately, the lobbying power of individuals will always pale in comparison to that of organizations, but the continued work of numerous people helps to disseminate much-needed accurate information about e-cigs. These are five of the most influential individuals in the electronic cigarette industry around today. Paul Bergen was an important member of the Tobacco Harm Reduction Institute of the University of Alberta in Canada, and regularly features in the media in relation to e-cigarettes. He’s an active blogger on the “News and Opinions” section of the harm reduction site, and is an important voice in dispelling the myths surrounding the new technology, as the co-author of Electronic Cigarettes: What the Experts Say. In an interview with E-Cigarette Direct, when questioned on the intensity of the campaign against e-cigs, he pointed out that “some people… are vehemently anti-smoking and will fight any product that makes smoking more acceptable.” This is precisely why logical voices like his are increasingly valuable to the industry. Dr. Murray Laugesen is the founder of Health New Zealand, and has over 18 years’ experience as a researcher working in tobacco policy and cigarettes in general. He’s the author of over 40 research papers and is the founder of End Smoking NZ, a charitable organization dedicated to ending the use of combustible cigarettes by 2025 in New Zealand. His research on electronic cigarettes has established him as one of the foremost individual voices in the industry today. 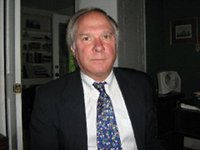 Scott Ballin makes this list for different reasons to most. He’s a tobacco and health policy consultant in Washington, and runs Tobacco at a Crossroads alliance. Whilst most of the entrants on this list are researchers, he’s more involved in the policy side of things. He has held the position of VP for Public Policy and Legislative Counsel at the American Heart Association, and was the chairman of the Coalition on Smoking OR Health, giving him ample experience as a legislator. He’s an outspoken advocate of modernizing tobacco laws to account for products like e-cigarettes, as long as they take into account the “relative” risks. He’s currently advising at the University of Virginia on a series of harm reduction dialogues. Many myths plague the world of e-cigarettes, and it’s hard to find somebody who spends more time scientifically dispelling them than physician Michael Siegel of the Boston University School of Public Health. He a prominent figure in the tobacco harm reduction field, and his Tobacco Analysis blog regularly gives his readers “the rest of the story” regarding any new studies or media reports. For example, when an FDA analysis of e-cigarettes allegedly revealed carcinogens in some of the tested products and some called for an outright ban, Siegel pointed out that based on the same logic peanut butter would also have to be banned. He’s been featured in the media numerous times and also conducts research into electronic cigarettes. Carl Philips is a world-renowned expert on tobacco control, and he also ran the Tobacco Harm Reduction Institute at the University of Alberta in Canada. He’s another important voice in the fight to get the scientific evidence out to the public. He’s been interviewed on the Discovery Network’s Daily Planet and regularly dispels nonsense at his Anti-THR Lie of the Day blog. He’s a vocal supporter of e-cigarettes, often attends panel discussions on tobacco harm reduction methods and is widely quoted online and in the media. He’s an ardent supporter of electronic cigarettes, frequently arguing that they are significantly less dangerous than tobacco.