With some rare pieces of good news on the regulatory front (although there’s more bad than good news, obviously), a new wave of concern about the children following the release of the new Monitoring the Future data, more bad news for Malaysian vapers and some great blog posts from the community, it’s the Week in Vaping. The new data from the Monitoring the Future survey has been released, showing a slight decrease in past-month vaping compared to last year, and smoking continuing to decline, reaching its lowest in the survey’s history. The survey also found that most of the teens who’d vaped in the past month said they did so to experiment, with “because it tastes nice” being the next most common reason given. Additionally, only 22 percent of these past-month vapers actually used nicotine. We have a post about what the results mean for the (increasingly implausible) gateway hypothesis, and Michael Siegel has a blog post on it too.

A policy rider that would have been able to change the “grandfather date” for vaping products didn’t make the cut for the omnibus spending bill this week. This was misinterpreted by some as signaling the death of the bill that could save vaping (HR 2058), but that’s not what happened – HR 2058 could still prevent the de-facto prohibition on e-cigarettes (that don’t happen to be made by huge companies, otherwise known as tobacco companies).

Michael Siegel has a blog post on the Campaign for Tobacco-Free Kids’ absurd support for the rejection of the rider, pointing out how without it (or something similar), the only real benefactors will be tobacco companies.

Additionally, Carl V. Phillips has a new blog post on CASAA’s meeting with the White House Office of Information and Regulatory Affairs, basically summarizing the points they raised at the meeting they had with the staff about the disastrous e-cig regulations as proposed by the FDA. 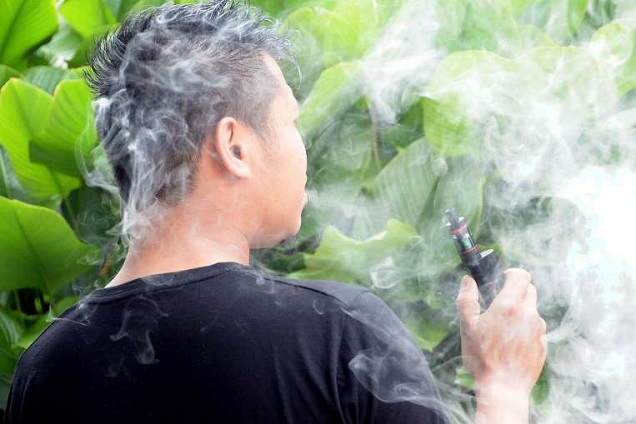 The Singapore Ministry of Health’s baffling decision to ban e-cigarettes came into effect this Tuesday. If you vape in Singapore, you’re liable for a $7,000 dollar fine ($10,000 Singaporean) or up to 6 months in jail. Do it again and the punishment doubles, and you can get both rather than just one. Sticking with cigarettes is fine (you know, apart from the chance of cancer, early death and loads of health problems).

A survey has found that most smokers in Asia are opposed to governments banning e-cigarettes, but the governments don’t seem to care, since they’re increasingly doing it anyway (more on this in our post on countries where vaping is banned). 75 percent opposed a ban, and 82 percent said that governments should encourage smokers to switch to less harmful alternatives.

Following Johor’s misguided lead, the state of Kelantan in Malaysia has banned vape stores and the sale of vaping products, giving existing traders just two weeks to leave their premises. Things are still looking very grim for Malaysian vapers, but Selangor has announced that they don’t have any plans to ban e-cigarettes, or at least not until they’ve held some workshops early next year to find out more.

The Netherlands has announced a ban on vaping for under 18s, which is due to come into effect next year. In other news pretty much everyone supports (which we missed last week), the US senate has passed a bill to make e-liquids child resistant in an effort to minimize cases of poisoning.

A ban on vaping in the Greater Glasgow and Clyde hospital grounds in Scotland has been lifted, because evidence shows that e-cigarettes help reduce smoking rates and are much safer than cigarettes. It’s a victory for common sense, which is way more jaw-dropping than it should be.

In more good news (well, almost), Ontario has opted to delay its plans to ban vaping in public places, but only because they’re already putting together rules for where vaporizing medical marijuana will be allowed, so they’re deciding to deal with the issues together. They’re still bringing in a ban on vaping for under 18s, and there may still be many restrictions, but hopefully vape stores will at least be exempted.

There’s a great article in Vice about the diacetyl study, and specifically some of the feedback they received about their original article on it last week. It clarifies a lot of important points and is well-worth reading. Suffice it to say, the diacetyl issue was oversold by the news media (after all, that’s what they do), but it is still an avoidable risk.

Did you ever think, “yeah, vaping at 200 W gives me quite big clouds, but I wish I could fog out a room even quicker!” Well, I’ve never thought that, but if you have, Olympia Vapor Works has a list of the mods you’ve been looking for.

Bill Godshall’s THR Update has been published – we’ve covered a lot of the same ground in the past few weeks, but it’s a great collection of all the recent news in one place!

Dick Puddlecote has a rage-inducing post about the revealed email correspondence between Martin McKee (a public health type who hates vaping) and the UK’s Chief Medical Officer, raising serious concerns about her objectivity on the issue of e-cigarettes.

Vape Magazine has an interview with Stefan Didak, Danielle Bloss and Jason Downing, the people behind Not Blowing Smoke, about the campaign, how it got started, what’s happened since and general advocacy-related issues.

A Facts Do Matter post from Paul Barnes looks at some suggested talking points for a collaboration between some of the key players in the vaping debate – vapers, tobacco control and public health – which drives home the key point that everybody (apart from vapers, smokers and the tobacco industry) misses: freedom of choice.

Following the release of the results of the latest Monitoring the Future survey, Dr. Nora Volkow tossed any relationship with reality to the side and unleashed this howler on the world:

The flavors are very appealing and that will make the youth much more receptive to use the same device into the future for other things: delivering nicotine or [marijuana] or you can even use them for alcohol.

Using e-cigarettes for alcohol? Marijuana is basically wrong anyway (for actual pot, you need a purpose-built vaporizer), but for alcohol? There is an alcohol vaporizer, but an e-cigarette it definitely is not! While people have given it a go, it’s not a good idea, all in all: you’d need to do a lot of vaping to get anywhere.

The big problem here is the completely and utterly unsubstantiated nature of her comment: no evidence whatsoever exists – in Monitoring the Future or otherwise – that teens are vaporizing alcohol using e-cigarettes, and the survey shows that smoking pot is a hell of a lot more common than vaping it. Plus, the “other” bars in the “last substance you vaporized” graph are pretty much non-existent. It only gets worse when you scrutinize the bizarre, multi-substance “gateway” claim lurking in that sentence. Is she really suggesting that vaping a non-nicotine e-cig will make teens more likely to get high or drink (let alone vape) alcohol? Is there a new proposed gateway that leads from vaping PG, VG and food flavorings to draining bottles of rot-gut whisky in the gutter?

Perhaps it’s just a tacit way of admitting that the “gateway to smoking” hypothesis looks very unlikely given the data, so it needs broadening in scope to stop people from realizing just how out of touch with reality the people claiming it are.

Check Back in the New Year!

So that’s it for another Week in Vaping! There won’t be a post next week – we’ll be eating ourselves into oblivion and vaping our way through Christmas – but we will return with another weekly roundup in the New Year! Enjoy the holidays, and vape on!