Study: Second-Generation E-Cigs Effective for Smokers Not Intending to Quit

If there was a pill you could give smokers not intending to quit, with only very minor side effects (that fade with time anyway), which would lead to two-thirds of them either quitting smoking or reducing their cigarette consumption by at least half, you can rest assured that it would be virtually forced down smoker’s throats at every opportunity. Every anti-smoking zealot worth his or her salt would be singing its praises from the rooftops, there’d be fast-tracked drug approval and politicians would proudly declare it the beginning of the end of smoking. If, however, you make it a form of nicotine consumption that looks a little like smoking, then… well, we know how that story goes.

Replace “pill” with “second-generation e-cigarette” in the above and you have the findings of a new study on the effectiveness of e-cigarettes for quitting smoking from Professor Riccardo Polosa. Although it’s only a pilot study, the results (along with those of a comparable study released around the same time) should lead those opposed to vaping to re-evaluate their opinions. They won’t, but it keeps getting harder to say things like “there’s no evidence they even work” and be taken seriously.

The Study – Are Second-Generation E-Cigs More Effective for Quitting?

The main aim of the study (available for free) was to investigate the effect of a second-generation e-cig on the smoking habits of smokers not intending to quit. The same group previously conducted a similar study with a first-generation e-cig, so the new research enables comparisons to be made between newer and older models in terms of effectiveness. 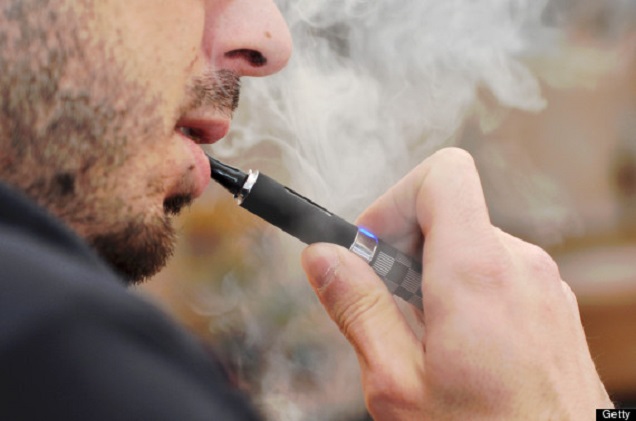 50 healthy smokers who were unwilling to quit were recruited for the study, and they’d all smoked more than 15 cigarettes a day for at least 10 years. Potential participants were asked whether they intended to quit smoking for the next 30 days and whether they were interested in being part of a quit-smoking program, and only those who said no to both were eligible. Those who were eligible were given a second generation e-cigarette (an eGo with clearomizer) and a supply of 9 mg/ml tobacco e-liquid, and returned for follow-up visits after 4, 8, 12 and 24 weeks. The participants were encouraged to vape, but they weren’t encouraged or otherwise motivated to quit smoking, and were actively told they could continue to smoke as they wished. At the six-month mark, only 38 participants remained, and those that left were classed as unsuccessful in quitting or reducing.

For those remaining until the end of the study, the researchers used exhaled carbon monoxide tests to confirm their reported smoking status. They also rated the e-cig in helpfulness for quitting and their general level of satisfaction with it. Throughout the study, the participants also kept diaries, which were used to record any side effects they experienced.

What They Found – 80 Percent Reduction in Cigarettes Per Day

The researchers found that 30 percent of participants (15 of them) had reduced their cigarette consumption by at least half at the six-month mark, going from a median of 25 cigarettes per day to just 6 per day. Additionally 14 percent (7 individuals – also included in the above) reduced their daily smoking by 80 percent or more, going from a median of 25 cigs per day to 3. Of the whole group, 36 percent (18 participants) quit smoking altogether, and the majority of these (83 percent) were still vaping by the end of the study period. If you combine the figures, 66 percent of the participants either reduced their smoking by at least 50 percent or quit altogether after six months. For reducers or quitters specifically, the overall reduction in cigarettes per day was 88 percent, but for the whole sample there was an 80 percent reduction in cigs per day, going from a median of 25 to 5. The quit-rate found in this study was markedly larger than in the similar study previously conducted by the same group using cig-a-likes. For the older models of e-cig, 22.5 percent of smokers who didn’t want to quit were completely abstinent from smoking after six months, compared to 36 percent in this study using more capable devices. The authors note how these quit-rates are higher than corresponding figures for pharmaceutical options for quitting smoking, but also point out the study’s design makes it difficult to compare rates.

The side effects reported in the study were minor. Throat and mouth irritation, dry mouth, headaches and dry cough were the most common, but most of these (apart from headaches, which may not be related to vaping) decreased notably from the first follow up to the last one. At the six month mark, 10.5 percent had throat and mouth irritation, 18.4 percent had a dry mouth or throat, 21.1 percent reported headaches and 5.3 percent reported a dry cough. The authors mention that these findings may be at risk for recall bias (i.e. forgetting symptoms or misremembering them), so they should be interpreted cautiously, particularly the fact that no nicotine withdrawal symptoms (like irritability, insomnia or anxiety) were reported.

Participants rated e-cigarettes as satisfying and helpful for quitting smoking overall, with the mean ratings out of ten being 6.7 and 7.4, respectively. There were only minimal technical problems in the study, with a couple of faulty chargers and one dud atomizer, all of which were replaced by the researchers.

There are a few limitations to this research it’s worth mentioning, though. Firstly, and most obviously, the number of participants was small. There was also no control group, as the authors note that would be problematic in a study focusing on smokers not intending to quit (since you’d guess that pretty much none of them would quit), but this makes it difficult to estimate how many of this group would have quit anyway (when being actively studied) without e-cigs. Finally, the effectiveness of e-cigs for quitting was likely negatively affected by the relatively low nicotine level (9 mg/ml) and the use of only one flavor of e-liquid, and a tobacco one at that.

Despite some limitations, the results of this study speak loud and clear. It suggests, yet again, that e-cigs are effective for helping smokers quit, and provides yet more evidence that later-generation devices are better for smokers trying to quit than cig-a-likes. The crucial point is that these smokers didn’t even intend to quit smoking – even when they’re put against the odds, next-generation e-cigarettes produce quit-rates that blow the competition out of the water. For regulators, this should be a wake-up call about the risks of jeopardizing innovation. Let companies improve on their products, and you see increased quitting. As it stands, the FDA’s regulation would undoubtedly leave smokers with only the least effective e-cigs to choose from, and that’s a real tragedy.