Study: If You Lie About E-Cigarettes Often Enough, People Start to Believe You In a new study, the profound level of public misunderstanding about tobacco harm reduction products (THR products) like chewing tobacco, snus and e-cigarettes has been revealed. Among other findings, the study reveals that just under half of those who’ve heard about e-cigarettes believe them to be either as harmful as smoking or even more so. And it gets worse for THR overall, with less than one in ten knowing that smokeless tobacco products are less harmful than cigarettes.

The results definitely don’t make for pleasant reading, and are an undeniable reminder of the harm done by the all-too-common spreading of misinformation when it comes to e-cigarettes and THR overall. It’s disturbing evidence that ideologically-motivated morons yelling “they’re just as dangerous as cigarettes” hold greater sway with public opinion than mountains of scientific evidence to the contrary.

The Survey – What Do People Know About Tobacco Products?

The stated aim of the study (which you can read for free) was to see how beliefs about regulations of tobacco products were related to people’s perception of risk of those products. This is a pretty stupid aim: would you expect that people thought cigarettes became safer when the FDA started regulating them? It may have a limited impact on something like e-cigarettes, but it’s hardly like the FDA has proposed a single thing that would make them safer anyway. Regardless, even ignoring the main aim, the study still gives a general picture of how well people understand tobacco product related risks, based on four questions on the risks of cigarettes, e-cigarettes and smokeless tobacco.

The study used data from the Health Information National Trends Survey, covering over 3,600 respondents, from whom data was collected between October 2012 and January 2013. When it comes to the e-cigarette portion of the survey, the fact that it’s over two years old means that it’s probably underestimating the current level of misunderstanding about the technology. You can get a lot of shit to stick in two years if you throw enough.

What They Found – Many People Are Horribly Misinformed About THR

There were two questions related to cigarettes, and these alone show some fairly troubling responses. One of these asked, “Do you think that some types of cigarette are less harmful to a person’s health than other types?” and another asked “Compared to people who smoke every day, do you think people who smoke just some days have less or more risk of getting health problems in their lifetime?”

The first of these questions – while not so clear-cut – still produced fairly telling results: even though (as Carl V. Phillips points out in his post about the study) not all cigarettes will have the exact same risk, only 12.6 percent said that some types of cigarette were less harmful. The second is much more ridiculous: in response to a question that amounts to “do you think doing less of a dangerous thing is less dangerous than doing more of the same dangerous thing?” around 58 percent said the risk was about the same. Let’s re-phrase the question to further highlight the stupidity of this answer: if you only drink alcohol at the weekend, do you have more or less risk of developing liver disease than somebody who drinks every day? The answer “about the same” would surely only come from those who’d had a frontal lobotomy.

Of those who'd heard of e-cigs, around 51 percent correctly responded that e-cigarettes are less harmful than cigarettes. 46 percent said that they were equally harmful and the remainder (around 3 percent) said that e-cigarettes were more harmful. Just turn that over in your mind for a minute: about half of people who knew what vaping was thought that it's as harmful as (or even more so than) smoking, a belief that directly and blatantly contradicts everything we know about e-cigarettes so far.

Although we’re primarily interested in e-cigarettes, the results for smokeless tobacco are considerably more disturbing. In case you aren’t aware, smokeless tobacco is undeniably safer than smoking too, particularly (but in no way limited to) Swedish-style snus. There is abundant and undeniable data to confirm this. The link gives a (very) detailed run-down, but it really isn’t complicated overall: combustion creates tons of the dangerous chemicals found in smoke, so smokeless (i.e. combustion-free) tobacco has drastically fewer of these chemicals. 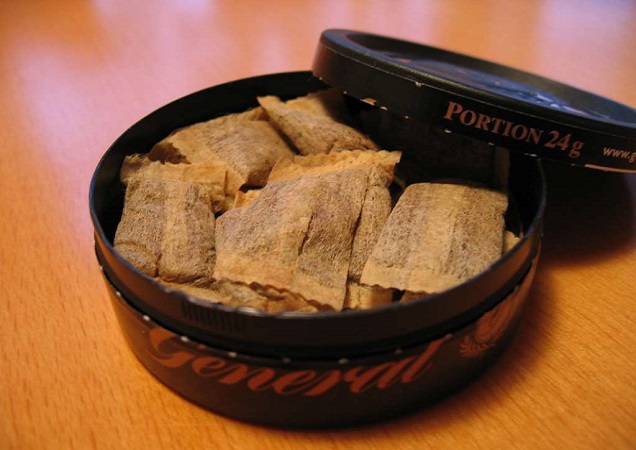 Despite this, the long-standing campaign of misinformation surrounding these older THR products has lead to only 9.4 percent of respondents correctly identifying them as less harmful than cigarettes. A massive 73.5 percent said they weren’t less harmful, and the rest didn’t know.

The demographic information provided doesn’t really ease the growing sense of discomfort about the state of the world. Smokers were twice as likely to correctly identify smokeless tobacco as safer than smoking, and were also more likely to correctly say that e-cigarettes are safer than cigarettes. However, in terms of education, those with a less than high school education were more likely to get the correct answer for smokeless tobacco risk than those with college or postgraduate-level education. For e-cigarettes, those with more than a high-school education were more likely to respond correctly, but sadly this general trend wasn’t compelling: for example, the most educated were also the most likely to say vaping was as harmful as smoking.

The Damage Done by Misinformation About E-Cigarettes and THR

All smokers chose to smoke, and ultimately this decision could kill them. Only the individual can take responsibility for that. However, e-cigarettes are much, much safer than smoking (at very least in the short term), are effective for helping people quit smoking and, particularly importantly, are also effective for smokers with no intention of quitting. Moreover, they’re more appealing than existing options for quitting, mimicking the behavioral elements of smoking in a way that no other approach to quitting does.

So with a promising intervention like this, which helps many smokers who otherwise wouldn’t even try to quit, how should we classify those who treat unsubstantiated hypotheses as fact with the obvious aim of discouraging people from using it? We might not be able to directly say this is killing people (ultimately, tobacco takes that role), but we can say that statements like this discourage people from saving themselves, potentially in the only way they can.

By obscuring the debate, anti-smoking groups are implicitly encouraging smokers to continue slowly killing themselves. Really, it’s no different from bad-mouthing counseling to somebody considering suicide or spreading fear of condoms to people who go around having sex with AIDS-ridden prostitutes.

Any anti-tobacco activist in possession of a functioning conscience should be seriously taken aback by findings like this. They should ask themselves whether they truly believe that e-cigarettes and smokeless tobacco are no safer than cigarettes, or if they believe that smoking 10 cigarettes a week is just as dangerous as smoking a pack a day, and if they don’t, they should publicly come out and admit that they were fundamentally and dangerously wrong. But they won’t, either because they’re too single-minded to see it or because they just don’t care.