Study: E-Cigarettes Have No Adverse Effect on Acute Heart Function 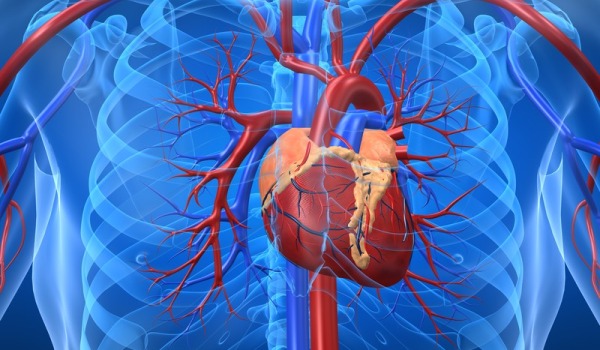 One of the biggest risks associated with cigarette smoking is developing coronary heart disease, which is the leading cause of death in the US. Smoking increases your risk of developing the condition two to four-fold, and more broadly is estimated to be responsible for almost 10 percent of cardiovascular disease cases worldwide.

It’s understandable, then, that one of the biggest potential benefits of e-cigarettes is reducing users’ risk of damaging their heart and circulatory system. So far there is limited evidence on this topic, but a recent study from Dr. Konstantinos Farsalinos and colleagues suggests that unlike cigarette smoking, vaping doesn’t have any adverse effects on acute heart function.

Although it’s still way too early to declare e-cigs risk-free for your heart, the new study adds to the already substantial body of evidence suggesting that switching to vaping from smoking drastically decreases the risk of smoking related illness and death. The researchers recruited 76 healthy participants who visited the Onassis Cardiac Surgery Center (in Greece) for routine examinations, consisting of 40 vapers of at least one month who’d quit smoking (3 were female) and 36 smokers of at least 15 cigarettes per day for five years or more (also including 3 women). The researchers focused on heavier smokers because evidence indicates that most vapers were heavy smokers previously, and in line with this the final e-cigarette group had actually been smokers (previously) for more years and smoked more cigarettes per day on average than the smokers group. Anybody who was at major risk for cardiovascular disease, people with high BMIs, heavy drinkers and people with unusual heart function (as measured at baseline) were excluded from the study to avoid impacting the findings.

The study involved taking baseline echocardiogram readings (which measures things like valve function, level of contraction and other heart-related parameters), allowing the participants to either smoke one cigarette or vape ad lib for seven minutes and then performing another echocardiogram examination. For four hours before the study, the participants were asked to not eat, drink alcohol, consume caffeine, smoke or vape, and they were allowed to rest for five minutes before each of the examinations. They also took participants’ heart rates and blood pressure before and during each examination. The basic aim was to compare the changes observed after smoking a cigarette with those from a short period of vaping.

All of the vapers used the same 11 mg/ml e-liquid for the study, from a fully-charged battery with an identical (eGo) setup, and ordinarily used liquids of 9 to 12 mg/ml (similar strength) every day. Smokers smoked the same type of cigarette, too. The baseline measurements between the groups were similar, as were their general characteristics aside from greater past cigarette consumption in vapers. If you want more detail about the study’s methodology or results, the full paper is available for free.

The researchers saw no adverse effects on left-ventricular function after seven minutes of ad-lib vaping, but detected significant changes after smoking one cigarette. The researchers also found that cigarette smoking increased heart rate and systolic blood pressure (the upper number on the reading, for when the heart is contracting and pushing out blood), which wasn’t observed in the vaping group and could have potentially impacted on the core heart functioning findings. However, when this was adjusted for in the statistical analysis, the changes observed after cigarette smoking were still significantly greater than those observed after vaping.

In the paper’s discussion, they point out that cardiotoxic substances (things toxic to the heart) like nitrosamines, heavy metals and polycyclic aromatic hydrocarbons were not detected in the liquid used by the vapers in this study. They suggest this as a potential explanation for the differences observed in diastolic function between the smokers and vapers, and also point out existing evidence that smoking affects acute readings whereas nicotine itself (in gum form) doesn’t. Additionally, they suggest that the lower nicotine delivery from vaping in comparison to smoking may have led to observed differences in hemodynamic response between the groups.

There are a few limitations of the research to take into account, though. The most obvious is the small sample size used, but it also only focused on effects immediately after usage. In other words, just because vaping didn’t have a negative effect on the heart functioning of the 40 vapers studied immediately after seven minutes of use doesn’t mean that it wouldn’t over the course of several years or decades. For e-cigarettes, the fact that they’re a new technology means that the long-term evidence (that people are so fond of pointing out isn’t available yet) won’t surface for a long time – particularly because most users are young adults, who wouldn’t develop significant health problems for a while even as smokers.

They also point out there are other parameters that cigarette smoking known to impact heart function immediately afterwards that weren’t looked at in the study, and that it’s currently unknown whether a vaping period of longer than seven minutes would have changed the findings. The results also might not translate to other e-liquids, particularly ones using non-pharmaceutical-grade nicotine, since the one used was high-quality and independently verified to be particularly low in common trace components.

Good News for Vapers, More Evidence to Ignore for Regulators

Despite the few drawbacks for this study, it’s still great news for e-cigarettes as a harm reduction tool. Cardiovascular conditions are a particular concern for smokers, and the existing evidence indicates that e-cigarettes will help reduce the risk for anybody making the switch. The authors put the findings into the broader context of the evidence for e-cigarettes, pointing out the promising chemical analyses of vapor, toxicological studies on cultured cells and their effectiveness for helping people quit smoking. They suggest future research into more of the mechanisms of disease associated with smoking and how e-cigarettes compare.

The finding might only be a preliminary one, but it’s another vital step towards establishing precisely how much vaping reduces risk in comparison to smoking. When compared overall by anybody willing to accept the viewpoint suggested by existing evidence, there is no real dispute about the fact that that e-cigarettes are vastly safer than cigarettes, but many regulatory bodies don’t appear to accept this reasoning. They seem to prefer to approach evidence that contradicts their viewpoint with their eyes closed and listen to any contrary arguments with their fingers firmly in their ears, preferably while screaming, “we-don’t-know-enough-yet-there-are-carcinogens-in-them-THINK-OF-THE-CHILDREN!”

So for all reasonable people, this is merely a confirmation of what we’ve expected all along, and one that will undoubtedly be called up in arguments about e-cigarettes’ alleged dangers and likely in comments submitted to the FDA too. However, if the sum of evidence to date didn’t convince the FDA that e-cigarettes were safer than cigarettes (over the several years they were compiling their deeming regulations), it doesn’t really seem like this highly promising finding is going to make much of a difference either.

We can personally breathe a sigh of relief and pat ourselves on the back again for making the switch and probably improving our cardiovascular health (among many other benefits), but all of the potential e-cigarettes hold for public health will be undermined if the FDA doesn’t start paying attention to all of the science, not just the stuff that supports their pre-conceived ideas.