Smoking… In Your Dreams! 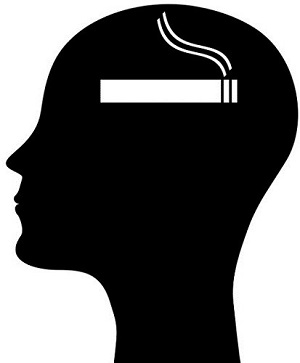 Dreams are like TV shows that you ordinarily can’t remember and which make no sense whatsoever. If somebody told you they had a dream when they fought an army of zombie Michael Jacksons with a chainsaw made of teeth, you might laugh, but you wouldn't think anything more of it.

Despite this, there are hordes of psychologists and dream interpreters which tell you there is a much deeper meaning to these seemingly absurd pieces of internal filmmaking. The degree to which you can interpret a dream is – of course – not clearly determined, but there are several facts which reveal that there must be some underlying reason we have dreams. For people quitting smoking, the most relevant of these is when you smoke in a dream – does it mean your resolve is cracking, or is it a normal part of trying to quit?

Psychologists from the Institute of Psychiatry in London looked at the phenomenon of dream-smoking in just under 300 smokers who’d quit for between one and four weeks.

Surprisingly, a third of them had dreams in which they smoked a cigarette, usually accompanied by negative feelings such as panic and guilt. Additionally, two thirds of smokers who’d been abstinent for a year had dreams about smoking – ordinarily at a rate of five per year.

The research clearly shows that dreaming about smoking after you've quit is very common – about as common as other side effects such as weight gain or anxiety – so you shouldn't feel like you’re subconsciously “giving up” on your quit attempt if you smoke in a dream. As you’re probably aware, dreams are pretty much out of your control, so there isn't exactly much you can do about it if you’re still a smoker when you dream.

Do Dreams Mean Anything?

This has been hotly debated for centuries, but generally speaking – dreams must mean something. Your brain chooses to throw up certain images as you sleep, and assuming that these are utterly random doesn't really account for the frequency of recurring dreams, dreams about (or incorporating) the previous day’s events and more obvious wish-fulfillment dreams.

This might not be enough to convince you of the purpose of dreaming – but the real question is why would we dream at all if it wasn't beneficial? Why would our bodies expose us to the stress of a vivid nightmare if we had nothing to gain from it?

Before the age of knowledge and scientific enlightenment, the images that assembled themselves in our minds when we closed our eyes must have been borderline terrifying. A cave-man wouldn't realize he was making his own monsters, and indeed, ancient civilizations we also very interested in dreaming. It has an effect on us in our waking lives – one which could feasibly endanger our survival in more primitive circumstances.

Dreams occur in REM (rapid eye movement) sleep, and this is ordinarily the fifth stage of sleep. The sleep cycle lasts around an hour and a half, so you have around five dreams per night (sleeping seven and a half hours), even if you don’t remember them. However, if you haven’t slept for a while, something interesting happens. It’s called REM rebound, and it can be simply described as your brain “catching up” on dream-sleep if you haven’t had any for a while. After sleep deprivation, your brain increases the time you spend dreaming compared to on a normal night, even though you sleep for the same length of time. Clearly, there is some deeper importance to dream sleep.

Now we move into less clearly definable regions. If you can accept that there is some inherent meaning to dreams, how do we go about working it out? Well, the key fact to remember is that all dreamers are unique – so what a cigar means for you may not be the same as what a cigar means for anybody else. Dream interpretation is not a science, it’s much vaguer, and as a result you can’t really be clear about the meanings of the various details in your dreams. Sigmund Freud – the most well-known psychologist in history – was very interested in dreams because he believed they were a window to the subconscious mind. His theory of dream interpretation is all centered on the fulfillment of wishes, or the idea that dreams are your way of exploring your repressed infantile wishes. Without going too far into his theories on psychology – a Freudian analyst would argue that smoking or anything like it represented a fixation in the oral stage of development. You could go on to argue that smoking in a dream occurs after you quit smoking in real life because you no longer have an outlet for your oral fixation (which would also go some way to explaining the difficulty of quitting), so you fulfill that wish (to smoke and indulge your fixation) in the dream. Your brain is trying to find an outlet for your internal conflicts so you aren't affected by them as much in your waking life.

Under this theory there is very little you can actually do with the information. In a sense, satisfying the oral fixation during your dream could help you maintain abstinence, but realistically a Freudian would say you were repressing that desire in your everyday life. Your dream could be thought of as telling you that you need a new outlet for your fixation. To that end, an e-cigarette might be a pretty good compromise, since you can even get them without nicotine – fulfilling your craving without the physical addiction. However, a true Freudian would wish to pry into your childhood in order to determine the root of your oral fixation and help you overcome it.

The only problem with Freudian interpretation is that it’s so subjective and seems too weak to justify the importance your brain places on the practice. Plus, if dreams were a psychological defense mechanism – why would we forget the vast majority of them? Surely it would be better for maintaining our psychological well-being if we remembered all of the wish-fulfillment episodes we engage in when we sleep?

More plausible explanations for dreams come from looking our evolutionary history, and the benefits dreams may have to us as a species. One such theory which has been proposed is that dreams are intended to simulate threatening events, to help our brains learn to perceive those threats and design behaviors to avoid them.

It works on the basic theory of evolution by natural selection: when our ancestors (who didn't live as long and faced considerably more threats) went to sleep, the ones who (by chance genetic mutation) experienced dreams – and so were able to “play out” threatening scenarios while they slept – were more likely to survive similar threats in real life. It’s like a training facility for your brain; an internal version of the Holodeck from Star Trek. The dream where you’re fighting an army of Michael Jacksons with a chainsaw made of teeth would be your way of coming up with strategies for dealing with multiple attackers (as absurd as the dream’s content is).

Then, as the course of natural selection progressed, the early humans who had these mental gymnasia were more able to survive, reproduce and ultimately lead to us. This explanation allows dreams to be categorized very simply – removing the need for complex interpretation of the details. So in the silly example, you wouldn't have to spend time trying to work out why your chainsaw was made of teeth or why you were fighting the reanimated king of pop, you could just see it as a basic threat-response dream. It could be that even if we don’t remember it, these “simulations” allow our brains to establish neural pathways and test out knee-jerk reactions in a safe format before compelling us to act that way in the face of real danger.

Using this interpretation – smoking in dreams is actually a modernized form of the exact same idea. Smoking is a threat to survival, and as such, the panic which accompanies smoking in many of the dreams starts to make sense. Similarly, the guilt of giving in to temptation is an important motivator to not do it again – your brain uses the guilt response to try to protect you from something it knows is damaging to your survival. Again, this theory is far from widely accepted, but it provides a more plausible scientific explanation for dreams – although it would still arguably be more valuable for that purpose if we were able to remember all of our dreams.

Do E-Cigs Short Circuit the Mechanism?

The research on the frequency of smoking dreams indicates that they’re much more common if you’re not currently smoking. Since the research is fairly old, and e-cigs are a new phenomenon, it’s not clear what effect the technology has. However, it would be tempting to assume they’d prevent it from occurring. If it’s related to the lack of nicotine – the chemical withdrawal – then nicotine-containing e-cigs would remove the need for it, and similarly they’d satisfy the oral fixation in Freud’s theory. The only explanation that would predict that vapers would still have smoking dreams is the threat-response dream theory, since the dangers of switching back to analogues would still be cause for internal concern.

It’s a far from an objective and scientific field, but the strange correlations in the dreams of ex-smokers and the importance our brains seem to place on dream sleep indicates that there is something deeper at play. Sadly, dream-smoking is unlikely to satisfy even your sensory cravings (not to mention physical ones), so e-cigs remain the most promising option for people missing the sensory experience of smoking. Whether or not smoking still persists in the dreams of e-cig users as a whole is an interesting question, however, and hopefully researchers may be able to answer that question in the future.