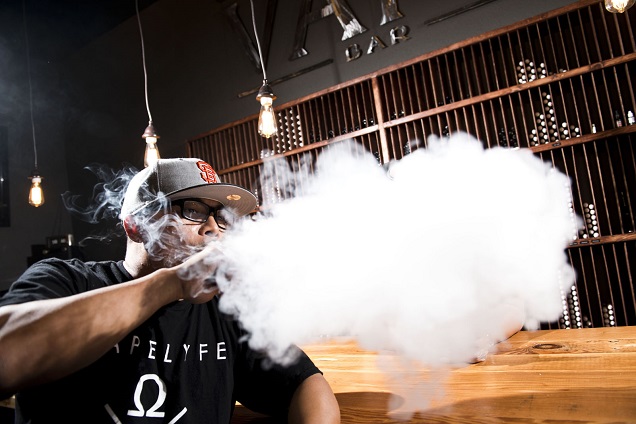 One of the recurring themes of the misguided crusade against e-cigarettes is that everything is blown out of proportion. When a study reveals that a large number of sweet-flavored e-liquids contain diacetyl, for example, it’s widely-reported as a big risk without putting that risk into context with the fact that cigarette smoke contains a lot more diacetyl than e-juice.

For the most part, vapers are wearily accustomed to this sort of thing, but just how ridiculous some examples are does bear thinking about from time to time. While things like diacetyl aren’t much of an everyday concern unless you work in a popcorn plant or eat an absolute ton of it, there are many examples of unavoidably normal things being used to criticize vaping specifically. In everyday life, the potential problems relating to them are roundly ignored, but when you toss e-cigarettes into the equation, all of a sudden they’re a cause for panic and outrage. Here are five examples:

Advertisements are everywhere, and the tactics they use to get our attention are pretty much the same wherever you look.

You’d be forgiven for thinking this is just a list of common features of any advertisements, but actually, it’s five of seven points raised in this disastrous post from the Campaign for Tobacco-Free Kids about the ways “E-Cigarette Companies Are Copying Big Tobacco’s Playbook.”

Yes, they’re saying celebrity spokespeople are a Big Tobacco strategy, not just standard practice in ads. They think using sex to sell hasn’t been a strategy of ads for a multitude of products for over 100 years. They think using glamorous women is copying from the Big Tobacco playbook (because we all know every other type of product bases their advertising around unattractive, badly-dressed women).

The other two points on the list – using sweet flavors and saying “switch, don’t quit” – are more specific to vaping, but really quite irrelevant to their overall point. Vodka and nicotine replacement therapy come in sweet flavors too, and switching is specifically what e-cigs are for, so it’s hardly like companies are copying Big Tobacco by making it a core proposition.

It isn’t just the Campaign for Tobacco-Free Kids either, most of the criticism we see of e-cig ads revolves around things that are common to all advertising, but if you throw in e-cigarettes, we’re supposed to be outraged and horrified.

Accidental poisonings are tragic but thankfully quite rare. Hundreds of millions of people take painkillers (including both opioid and over-the-counter varieties), but only around 300,000 called poison centers about potential poisonings from them in 2014 according to the American Association for Poison Control Centers (AAPCC). But, over the past few years, people have decided that e-liquid poisonings (especially in kids) are something we should be really, really concerned about. The AAPCC even has an alert page specifically about them, in which they declare that “Liquid nicotine exposures continue to concern poison specialists.”

Is it that e-liquids are causing massive numbers of poisonings? Well, their own report states that tobacco, nicotine and e-cigarette products combined only accounted for less than 1 percent of calls about under 5s in 2014, which is the year with the most cases of potential e-juice poisonings so far. Tobacco cigarettes still poison more people – and a lot more kids – than e-liquid, and other potential poisons like painkillers, cosmetics, cleaning substances and vitamins result in a lot more calls to poison centers. For example, a massive 14 % of calls about under 5s in 2014 were due to cosmetics and personal care products. Nobody seems to be calling for child-proof packaging on foundation. I’m yet to hear people complain about an “epidemic” of lipstick poisonings.

But we’re supposed to be super worried about e-juice poisonings, right? You know that “clean” air you’re breathing? Yeah, it’s not that clean.

The reality is that chemicals that are toxic in substantial doses are all around us, but we’re generally fairly safe because the amounts are so small. In the air all around us, there are detectable quantities of carbon monoxide, formaldehyde, volatile organic compounds in general and numerous other harmful chemicals.

Although the amounts are usually too low to pose a big risk to health, we’re generally blissfully unaware of the stuff we’re breathing in all the time because it’s just there, invisible and in quantities too small to even be noticeable. But if somebody puffs out a visible puff of vapor, we definitely notice it, and people are generally very concerned about their exposure to chemicals through second-hand vaping, even if the amount is tiny.

So if you’re the sort of person who wafts vapor away from your face like it’s full of noxious chemicals, you should probably re-evaluate your position or start to be a hell of a lot more careful about the indoor air quality in your own home. Perhaps you could just exhale through a tube that leads out of the window, remove all formaldehyde-releasing wood products from your home, never burn candles and take a multitude of other extreme precautions. Aaahh!!! E-cigarettes are exploding everywhere! Gruesome pictures of unfortunate vapers with horrific burns all over their faces are plastered over newspapers and websites, images of burnt-out homes and cars warn us about their dangers, and the occasional video of an e-cig going firework finds its way online, accompanied by statements like “they’re not so safe after all.”

But, if you take a step back from the flood of scaremongering news stories about “exploding e-cigarettes,” and actually learn about the issue, you’re forced to make a much more general conclusion. Mic did just this and wrote a very reasonable and balanced article about the problem, with the core message that lithium batteries, regardless of whether it’s the one in your cell phone, laptop, hoverboard or mod, carry inherent risks. Vaper and writer Fergus Mason drove the point home with a simple statement: “there is no such thing as an e-cigarette battery.”

The fact is that exploding e-cigarettes, just like exploding cell phones, will remain an issue until we come up with a better battery technology. While that would be good, we should also stress that problems with lithium batteries are ultimately very rare anyway. We might not like it, but the unavoidable fact is that teens like to experiment with various substances. In the 2015 Monitoring the Future study, almost 39 % of 12th graders used an illicit drug in the past year (normally marijuana), and over 58 % drank alcohol. The reason for this is obvious to everybody who’s lived through teenage years: you want to try things to see what they’re like, and/or you’re worried about fitting in with your friends. It’s simple, and it’s very, very normal. The rate of illicit drug use, for example, stayed approximately the same over the past 20 years of Monitoring the Future surveys, with 39 % of 12th graders trying illicit drugs in 1995. If you look back a little further it’s actually increased.

Yet, when the same survey found that 16.2 % of 12th graders had experimented with vaping, this was apparently huge cause for concern. The situation only gets more ridiculous when it’s noted that only 22.2 % of them used nicotine. Although more 12th graders than those in lower grades probably used nicotine, if we assume it applies equally across the grades, only 3.6 % of 12th graders would have vaped with nicotine. Compare this to the 11.4 % smoking cigarettes. And yet they think everyone should be worried about vaping.

The Lesson: Perspective is Key

The unifying thread across all of these points is that when information is presented about vaping, it’s often not the full story. You rarely (if ever) see an article about e-cig explosions that points out that the alternative, for most people, is the massive fire hazard of burning cigarettes, and even discussion of the general risks of lithium batteries is rare. You don’t see articles on the potential risks of second-hand vaping putting the emissions into context with a discussion of ordinary indoor air levels of the same chemicals. And you don’t see the Campaign for Tobacco-Free Kids mentioning that sex is used to sell everything from Levi’s Jeans to Pepsi.

Should we be concerned about lithium battery explosions, accidental poisonings, indoor air pollution, teen experimentation and the impacts of widespread advertising? Yes, but we definitely shouldn’t make out they’re a bigger concern than they really are, or single out one specific product to take the blame just because we don’t like it.