The Strange Case of Myrcene and California’s Proposition 65 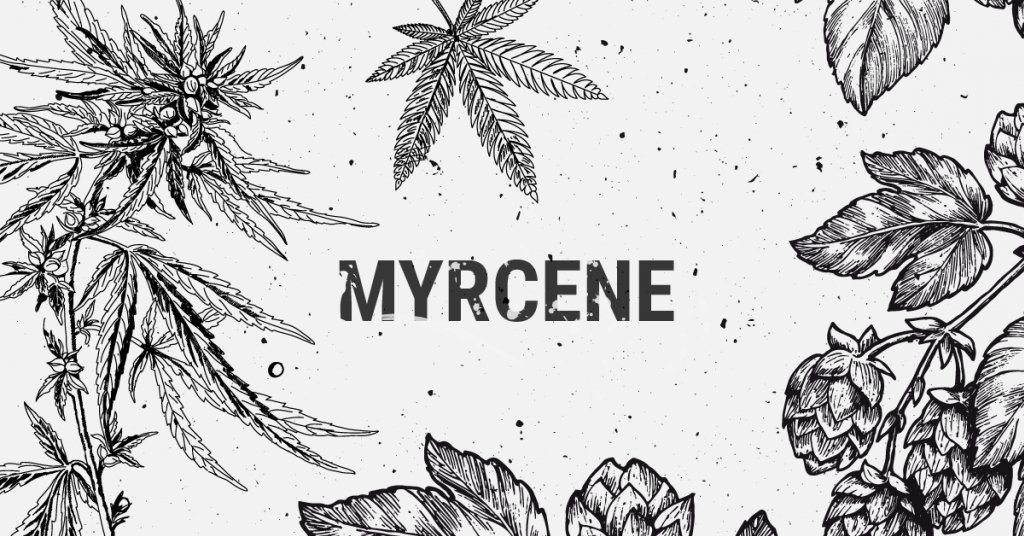 If you’re a casual CBD user, you may not know about myrcene. It’s the most abundant terpene found in varieties of cannabis known for its therapeutic benefits. Experts in the industry often call it one of the most important and beneficial cannabis compounds alongside cannabidiol (CBD) and tetrahydrocannabinol (THC).

However, despite its potential benefits, myrcene's safety is still being questioned. California, of the US’ most liberal states in terms of cannabis use, believes it deserves to be placed under Proposition 65 warning consumers of its supposed carcinogenic effects.

Unsure of what Proposition 65 and how it relates to myrcene? Let’s find out more.

Myrcene is the most common and abundant terpene found in varieties of cannabis (hemp, medical cannabis). Many commercial cannabis strains carry roughly 20% myrcene on average. This high myrcene content provides an earthy aroma similar to cloves. You can find it in mangos, bay leaves, lemongrass, thyme, basil, and hops. Myrcene content in hops gives your beer a spicy, almost peppery flavor.

Proposition 65 (officially known as Safe Drinking Water and Toxic Enforcement Act of 1986) is a state law exclusive to California, enacted as a ballot initiative in 1986 by the California Office of Environmental Health Hazard Assessment (OEHHA).

Why was Proposition 65 initiated?

Proposition 65 was initiated and made into California law due to a series of unfortunate events between the ‘60s and ‘80s. Oil spills in and around California, as well as the entire US, sparked a new perspective on how water cleanliness should be prioritized in order to avoid unwanted contamination.

Nationwide sanctions were placed on a number of US states for openly allowing unscrupulous companies to pollute the water people were drinking. California soon learned its water carried levels of contaminants and toxins way above normal levels. Unsurprisingly, many California residents began refusing to drink tap water in fear of sickness.

What’s the purpose of Proposition 65?

The original purpose of Proposition 65 was to target companies and businesses openly (or covertly) contaminating California’s waters. It served to protect its citizens from drinking and using contaminated water that could result in cancer, birth defects, or reproductive harm.

Alongside water cleanliness, Proposition 65 also holds companies and businesses accountable for the chemicals and compounds placed in goods such as food, drink, clothing, cleaning products, etc.

Proposition 65 does not ban or prohibit substances — it simply requires businesses and companies to place warning labels of products and goods.

Has Proposition 65 been helpful?

Yes. Many believe Proposition 65 has made California a much safer and healthier state. The idea that businesses and companies are ultimately responsible for what they put in their products, as well as being more conscious to not contaminate California’s water supply.

Proposition 65 outlines a product or goods’ No Significant Risk Levels (NSRLs) and Maximum Allowable Dose Levels (MADLs) for many chemicals and compounds. The NSRLs and MADLs for each chemical cannot be exceeded in a product as per the guidelines set out, making products and goods safer for consumption.

Why do people criticize Proposition 65?

As of 2020, many believe Proposition 65 has lost sight of its original intent and gone too far. Unnecessary, almost patronizing labels on common goods are commonplace across the whole of California. Proposition 65 naysayers also believe these labels are fear-baiting with very little evidence to back them up.

More importantly, however, Proposition 65 doesn’t make any distinctions between classes of chemicals and compounds. Organic, natural compounds are placed into the same category as artificial chemicals, which is why the inclusion of naturally-occurring myrcene in the list alongside carbon monoxide and diethyl sulfate is weird.

Why is myrcene listed under Proposition 65?

Myrcene was listed under Proposition 65 on 27th March 2015. The reason? Some research evidencing its potential to cause human toxicity and cancer was published and California took notice.

So, will myrcene cause cancer?

The debate over myrcene’s supposed cancer-causing properties continues. Some evidence suggests myrcene’s carcinogenic properties can cause human toxicity and cancer.

Myrcene toxicology and carcinogenesis in rodents

In 2010, a report authored by the National Toxicology Program analyzed toxicology and carcinogenesis studies relating to myrcene. They discovered high doses of myrcene in rats and mice produced carcinogenic effects.

Myrcene toxicology and carcinogenesis via dabbing and vaporizing

In terms of myrcene consumption via dabbing or vaporizing cannabis products, researchers are concerned. They believe cannabis inhalation by way of dabbing or vaporization “may deliver significant amounts of toxic degradation products” via heating terpenes at high temperatures.

Users unable to control the exact heat of the nail used in dabbing may expose themselves to methacrolein and benzene — both cancer-causing.

Though this is worrying, there is currently no conclusive evidence to suggest myrcene causes cancer in humans. In fact, some suggest the opposite.

Myrcene in essential oils may have anti-cancer properties, making them a potential therapeutic treatment for sufferers of breast cancer. Myrcene may have beneficial cytotoxicity (cancer-fighting) effects against cervical cancer, lung cancer, and colon cancer in humans.

Should myrcene be listed under Proposition 65?

Before you go throwing out your full-spectrum CBD oil or cannabis flower, remember the research leading up to myrcene’s inclusion isn’t particularly conclusive, nor reasonably substantial.

Mice and rat test subjects were used to determine myrcene’s toxicity in humans. The results weren’t optimistic. The mice and rats developed cancer cell growth. However, mice and rats are already genetically predisposed to cancer anyway.

It’s also worth noting how realistic this study is. The myrcene doses, for example, do not illustrate real-life doses. They were much, much higher than you’d consume on a daily basis. The mice and rats were practically fed myrcene in abundance until they died.

In the interest of balance and fairness, myrcene’s potential anti-cancer benefits aren’t wholly conclusive either. There’s a lot more ground that needs covering before anyone can say anything with certainty — positive or negative.

Benefits and effects of myrcene

Myrcene is said to be a potent sedative and muscle relaxant. Combined with THC and the effects are stronger, especially if your product is derived from high-THC medical cannabis. Good for nighttime relaxation, stress, anxiety, sleep. We recommend Indica or Hybrid medical cannabis strains.

Hemp-derived full-spectrum CBD products are also perfectly good here too. The sedation won’t be as pronounced due to a lesser <0.3% THC content but may provide adequate relaxation and relief.

Terpene combos with myrcene for sedation and muscle relaxation:

Cannabinoid combos with myrcene and THC for sedation and muscle relaxation:

Myrcene is known to be an effective anti-inflammatory, especially for signs and symptoms of osteoarthritis.

Similar to limonene (another terpene present in varieties of cannabis), myrcene can penetrate cell membranes, regulating and modulating other plant compounds (enhancing their already beneficial effects). Diminishing inflammation and analgesic.

Terpene combos with myrcene for inflammation:

Cannabinoid combos with myrcene for inflammation:

Myrcene may have the potential to relieve pain, acting on opioid receptors via the release of opioid peptides, endocannabinoids, and antiinflammatory proteins within your body. This stimulation of your body’s opioid receptors is responsible for the reduction of pain perception. Good for chronic pain. Neurological pain may need a combo of CBD and THC.

Terpene combos for with myrcene for pain-relief:

Cannabinoid combos with myrcene for pain-relief:

Terpenes (and other cannabis plant compounds) found listed under Proposition 65