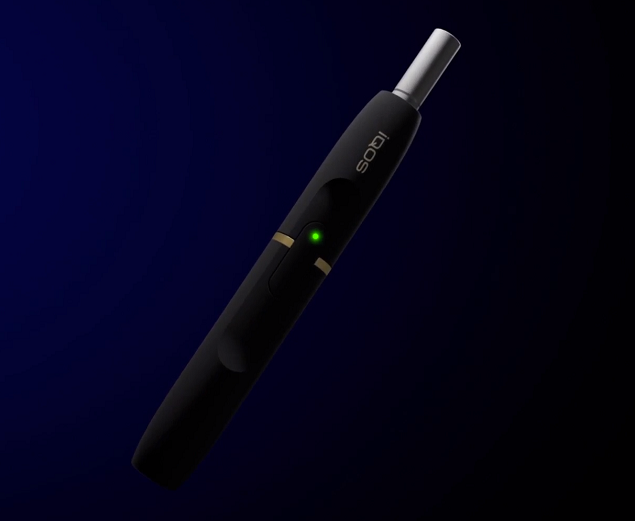 As vaping gains popularity, Big Tobacco companies struggle to come up with products that would appeal to younger generations. Let’s face it – these days, absolutely everyone knows that smoking will kill you. It kills 1 out of 2 people who smoke so it’s essentially a rigged game of Russian roulette. We know it and the tobacco companies know it. That makes it slightly more difficult for them to peddle their poison.

Not too difficult, mind you. There are still over 1 billion smokers in the world. I guess some people just don’t mind killing themselves slowly. However, it might be that the cigarette business is in a slump because most Big Tobacco companies have been developing vape pens and pod systems and marketing them far and wide. MarkTen, Vuse, Vype, Blu Cigs – these are all cigalike brands you’ve heard of. Did you know that they’re owned by Big Tobacco?

The newest entrant on the market is Philip Morris’ IQOS. IQOS stands (imaginatively, I might add) for I Quit Ordinary Smoking. It’s a device similar to a vape pen and it has been selling in Japan and Korea, and several other countries since 2014. Altria (parent company of Philip Morris) is hoping to get it cleared by the FDA soon so they can start marketing it in the United States. To that effect, they have already submitted a PMTA (premarket tobacco product application) and an MRTP application (modified-risk tobacco product).

What Exactly Is the IQOS?

At its core, the IQOS is a Marlboro vape pen, but with a twist. So far, the biggest issue that the tobacco companies had with vaping was that they couldn’t incorporate their core product into it. You’ve guessed it – I’m talking about tobacco. Pesky vapers vape on vape juice and not on ground up leaves of a tobacco plant. IQOS uses actual tobacco dipped in propylene glycol and coated with flavorings. That actual tobacco part is important – with this convenient setup, Big Tobacco companies (and PMI is just the first among them to roll out this type of device) can keep their tobacco farms up and running. That’s imperative for them because they are heavily invested in those resources. The device is made up of three pieces – a charger, a vape pen-like device itself, and ‘HeatSticks’. These ‘HeatsSticks’ are sold under the brand name HEETs and are tobacco sticks that serve as what you might call cartridges. ‘HeatSticks’ are inserted into the device, which then heats them to about 350 C, at which point they start producing vapor. Philip Morris has been harping on about how IQOS does not produce smoke because, in essence, it doesn’t really burn the tobacco. For them, it’s vapor, even though there’s really no liquid there to evaporate except for a smattering of PG, which is actually there to give the illusion of vapor.

IQOS is similar to other dry herb vaporizers (like PAX, for example) in the sense that it does need to heat up. You can’t just put it between your lips and puff away. You need to wait until the device reaches the correct temperature to be able to use it. This is something that will definitely annoy smokers.

However, according to the reports of people who’ve tried it, the IQOS does deliver a remarkably smoking-like experience. The Marlboro vape has a feel and look of a regular cigarette and the taste is pretty much there as well. This means that it might be a good alternative to smokers or dual users. Will vapers go for it? Probably not. Would you trade your Ferrari for an old Yugo? 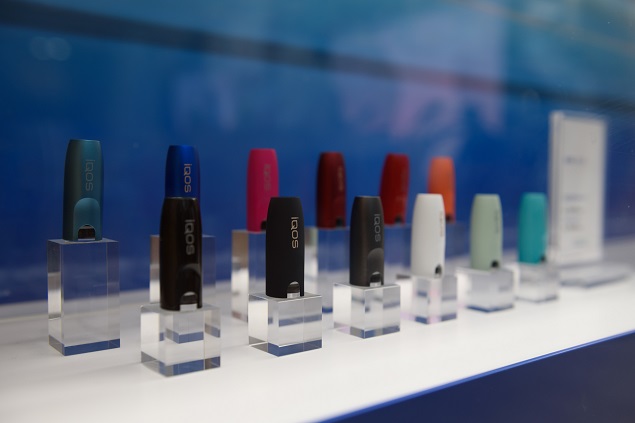 Is IQOS Safer Than Analog Cigarettes?

Philip Morris International claim that they have millions of pages of documents that prove that IQOS – and all other Heat Not Burn systems – is a modified-risk product. That means that they intend to market and sell it as a safer (dare I say healthier?) alternative to combustible cigarettes.

Earlier this year, University of Bern scientists tested the IQOS against ‘light’ and regular cigarettes. What they found was that IQOS does indeed release heart attack and cancer causing chemicals. Even though the tobacco in the ‘HeatSticks’ is not burned, it’s severely charred through a process called pyrolysis. The temperature gets high enough to create a ‘smoke-like substance’, as the researchers called it.

Reto Auer, one of the authors of the study, commented on the results like this:…’the smoke released by both IQOS and conventional cigarettes is not as different as PMI might wish the public to believe. The same chemicals are present, though in different amounts.’

And the correct amounts are: As it turns out, IQOS does release fewer toxic compounds but a lot of VOCs are still on the list, as is formaldehyde. In contrast, numerous studies have shown that vaping has drastically smaller adverse effects on health.

Who Is This Philip Morris Cigarette Aimed At?

Right now, it’s difficult to tell. With a price tag of about $70-80 for the device and $20 for a pack of ‘HeatSticks’ (20pcs in the pack), it’s not easy to see the IQOS as an economical cigarette replacement. However, considering that the PMI invested over $3 billion in developing various ‘Heat not Burn’ systems, I’m pretty sure that they see a market somewhere.

As things stand, heavy smokers who are unable to transition to vaping might find the IQOS helpful. I really hope that they do. Actually, I’m rooting for this device to be successful. Smokers need more options out there and if the IQOS is less harmful than regular cigarettes (as it seems to be), I say go for it. At the same time, I’m also skeptical. I’m sure that Big Tobacco is not doing this to help smokers or anyone else – they are doing it to line their pockets. I’m a bit scared that they’ve created a device will keep people hooked on tobacco longer than it’s necessary. With vaping being an option, going for the IQOS seems like a damn shame.

Did you get a chance to try the IQOS yourself, or are you planning to? If you already did, share your thoughts in the comments – I’m sure there are a lot of curious vapers around here (I’m one of them) who would like to know more!