Portugal has already produced the most sought after unicorn of a mod around in the Caravela. Now it has the Ikarus Hybrid v2.1 mod from Dropmods, quite possibly the best looking hybrid mechanical mod you can find. The Ikarus v2.1 isn't going to blow minds or win any cloud blowing contests. It will, however, surely attract some looks as it has a really pleasing aesthetic appeal. Considering it is a hybrid, the high price tag may actually be worth the purchase, if you can afford it. While I consider myself more of a dripper, I still enjoy the flavor of a genesis atty every now and then. And there's just something about one that fits so elegantly with a nice stainless steel mechanical mod. They also happen to look and perform really well in a hybrid setup.

With hybrids, the top cap of the mod doubles as the base plate for the atty, thereby eliminating any voltage typically lost through having a 510 connection. You're still going to get some voltage drop, it just won't be as great as with most traditional mod-atomizer combinations. Popular hybrids include the iHybrid, Juggernaut and Ikarus. With both the Juggernaut and iHybrid extremely hard to come by, I decided to order an Ikarus v2.1 to see what the hype was all about. The Ikarus is 23mm mechanical genesis style hybrid made from 304 stainless steel in either brushed or satin. It's manufactured in Portugal by Dropmods and comes standard in 18350 battery mode, making it one of, if not the smallest hybrids ever made.

Dropmods ships the Ikarus hybrid mod in a simple, but effective small white cardboard box. The Ikarus 2.1 logo is printed on the outer top of the packaging. Inside is a foam tray that all but engulfs the mod, keeping it safe from scratches and dings during transport. Also included is a small plastic bag filled with spare springs, o-rings and an extra brass center pin.

In terms of hybrids, I really like the designs of both the Ikarus v2.1 and the iHybrid Fecta edition. I think if the Ikarus had an 18650 battery tube I would take its design over the iHybrid but for now the verdict is too close to call. Still, the Ikarus has a very futuristic and sleek design.

The Ikarus vape mod is manufactured in two stainless steel versions: brushed and satin, which is pretty similar to media blasted. Dropmods seems to have released this in two batches thus far, the first being brushed while the batch my mod came from was satin.

The bottom switch isn't as thick as some mods but it still feels quite sturdy. It has the Dropmods logo laser burned into the bottom of the button. The locking ring has five crater-like divots that add some character to an otherwise boring part of a mod.

There's nothing too crazy about the 18350 tube, other than the Ikarus logo laser burned into the side near the base. The top of the atomizer base has recessed edges to allow a more flush fit with the cap. Where most genesis atties have a cap that fits flush with the top of the tank, the cap on the Ikarus actually covers the Pyrex tank to protect it.

And what a neat cap it is! There are five diagonal slits cut out of the lower portion of the cap, giving it that awesome Steam Turbine look. The top half of the cap is sloped inward not only for looks but to also add flavor to the vapor. 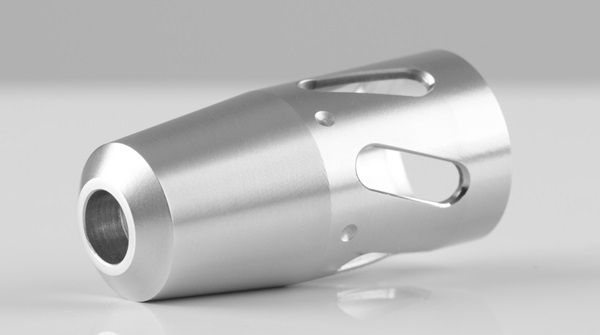 Dropmods engineered the Ikarus v2.1 remarkably well. The 304 stainless used is softer than other grades used in mod manufacturing. This might contribute the buttery smooth threads on the tube, atomizer and switch.

Aside from the button portion of the switch having a small amount of play and rattle, the Ikarus is an extremely sturdy mod. The tank is made from Pyrex glass and is protected by atomizer's top cap. And the satin finish on the 304 grade steel provides a matte look with added grip.

My biggest gripe with the Ikarus has to do with the functionality of the switch. Unless pressure is applied directly to the center of the button, it sticks and won't fire. I'm not exactly sure why this happens, but it's a pretty common issue that other reviewers have noted. Some have taken the switch apart and tinkered with the parts to fix the issue but quite frankly I think the manufacturer should have addressed this before finalizing the product.

Other than that, the Ikarus has an adjustable brass center pin to accommodate different sized 18350 batteries and eliminate battery rattle. For whatever reason, the bottom connector is stainless steel instead of brass. There is screw here, however it is threaded on the inside and fits both center pins.

I'm not sure why there isn't a brass pin on the bottom switch. There isn't much room to work with down there so neither included screws will give you a functioning mod. Either way, it still functions without a brass pin, and performs quite well.

Because the Ikarus is a hybrid mod, the voltage drop should be a bit lower than with traditional mods. With a single 1.1 ohm coil, the atomizer heats up pretty darn fast and provides more than adequate vapor. However, I didn't notice much of a difference when I set up dual 1 ohm coils for an overall resistance of 0.5 ohms. My recommended setup with the Ikarus is a single coil wrapped in a u-wick. 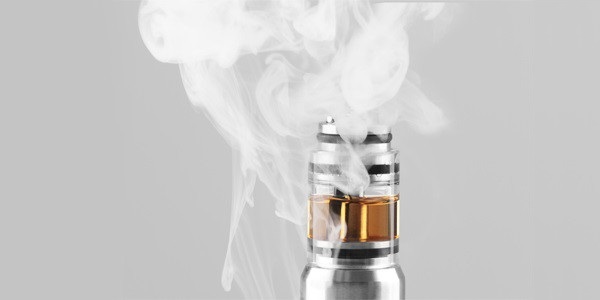 The flavor on an Ikarus is pretty standard for a genesis atomizer, comparable to the RSST I had with my old Smoktech Natural. I still prefer vaping with cotton wick in a dripper but using some stainless steel mesh on the Ikarus isn't too far behind.

Check out some other cool mods in this list of the best e-cig mods and vape mods we recently put together.

On the whole, I guess you could say I wasn't too overly impressed by the performance and functionality of the Ikarus v2.1. For around $250 before shipping on Dropmods.com and around $300 from resellers, I had pretty high expectations. But then I realized that this is a hybrid, not just an atomizer or just a mod. So it winds up as a pretty good deal. The looks are really what make the Ikarus, as it is one of the most visually stunning hybrids on the market. I think with a few improvements it has the potential of becoming a real game-changer. Adding a second brass contact, or even making both silver plated brass, would be a welcome upgrade. And the switch could be improved, possibly by using magnets instead of a spring. Otherwise the Ikarus is worth the steep price tag. I'm sure there are modders out there who, with a couple of homemade adjustments, can turn one of these into a true workhorse of a mechanical mod.