How to Write a Bullshit Anti-Vaping Article 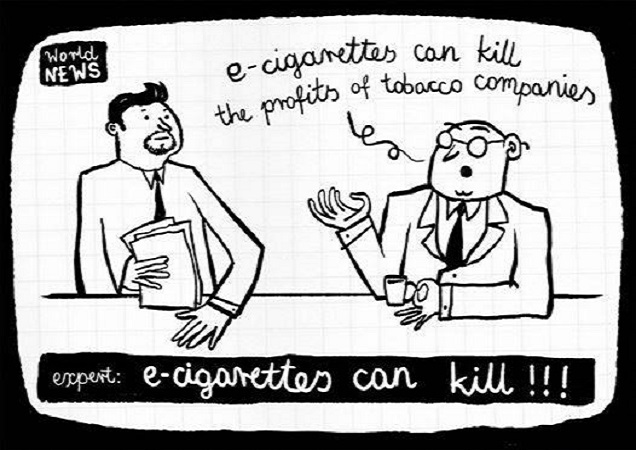 Being a reporter is hard. With editors breathing down your neck, pressure to produce entertaining content and a cacophony of looming deadlines, being asked to write about something you’re not particularly familiar with just heaps on more stress. When that “something” is e-cigarettes, you know what you need: an innuendo-laden, scientific-sounding piece of scaremongering bullshit good enough to make an ex-smoking vaper decide to toss away the safer alternative and pick up a pack of comfortingly-deadly traditional cigarettes. It’s a big ask – it’s almost as if you’ll need to do some research – but never fear. We’ve seen more than our fair share of bullshit anti-vaping articles and we’re here to help you add to the steaming, vomit-inducing pile:

Firstly, if you approach the issue with a level-head, you might stray into advocacy. This needs to be guarded against, and the best way to do that is to start your research while in a frothing, illiterate rage. Think about a smoker: coughing out deadly clouds of noxious, carcinogenic chemicals, tossing filthy cigarette butts on your freshly-cleaned street and probably kicking a puppy. Well, vapers do something that looks a bit like smoking! By utterly infallible logic that means that all things true of cigarettes and smokers are true of e-cigarettes and vapers. E-cigs are obviously deadly; we just can’t prove it yet. And the vapers are probably thinking about kicking puppies right now.

The Simplistic Description and Laying in Outlandish Claims

When you come to write the article, you have to pretend that nobody knows what they are and describe them in strained terms, as if you’re writing about some dangerous alien artifact. This is a great place to lay in some horrifyingly distorted examples of the stated benefits of e-cigarettes and the phrase “nicotine-laced vapor.” Say that advocates claim (or even better, the grubby addiction-merchants who sell them) that it’s “just water vapor,” that you can “smoke everywhere” and mention – ideally making it sound anecdotal – that they help some people quit smoking.

Carcinogens! Scary-Sounding Chemicals! Are You Worried Yet?! 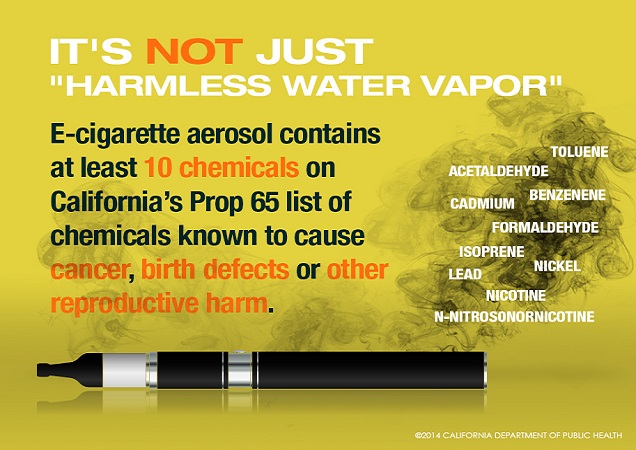 Now comes the fun stuff: mention the fact that carcinogens have been detected in the vapor (formaldehyde is always a classic) but never, ever provide actual quantities or talk about how the amounts are vastly lower than in cigarettes, and in many cases comparable to nicotine patches or gums. You can’t mention figures from actual research, because without offering a comparative value for cigarettes, you might pique the reader’s curiosity to do further reading into the issue.

Food Babe the Shit Out of It

The Food Babe is another anti-science fear-peddler, and she has a winning tactic: select a scary-sounding chemical, find something else that contains it, and run with it – keeping your fingers firmly in your ears in case anybody tries to stop you and ask what the hell you’re talking about. She went with “Subway bread contains a yoga mat chemical,” but the standard for e-cigarettes is anti-freeze. You see, the FDA found diethylene glycol (again, never mention the tiny amount) in one cartridge in 2009, and this is also used in anti-freeze. Resist the temptation to look for further confirmation of its presence in e-cigs – it’s never been found since, but you don’t have to mention that. Propylene glycol is also used for anti-freeze, so you can mention it anyway, as long as you don’t explain that this is substituted to make the anti-freeze much lower in toxicity.

You can do the same thing with formaldehyde; play up the “yuckiness” factor by pointing out it’s used in embalming fluid. It doesn’t even matter that ordinary breath also contains formaldehyde, or that cigarettes contain many times more –forget the quantities and it seems terrifying.

Now your audience is good and scared, you can go right for their children. Explain how “experts” are “concerned” about e-cigarettes appealing to children and becoming a gateway to smoking, and in the absence of any other concerning evidence, the best thing you can do is list flavors that sound like they appeal to children as if they’re suspects in a murder investigation. This is really easy because you can get e-liquid in many flavors: bubblegum is a classic, but cotton candy, chocolate and pretty much any other one you can think of is fair game.

Now hit them with the numbers. No, not percentages! Haven’t you learned anything yet?! Proportion is the enemy of scaremongering. What sounds worse, over a quarter of a million never smoking middle and high school students “have used” e-cigarettes, or 0.9 percent having tried an e-cigarette at least once in their life? 0.9 percent at least once seems like it might just be curiosity (0.3 percent trying them at least once in the past month is even worse), but a quarter of a million? That sounds like a god-damn epidemic. Throw in some reminders of tobacco companies lies in the past about the risk of cigarettes. Are they doing the same with e-cigarettes? Point out that nicotine is addictive, but in no uncertain terms: “highly addictive” is a minimum; “more addictive than heroin” knocks it out of the park. Of course, e-cigarettes actually being less addictive and delivering less nicotine than cigarettes isn’t worth the words that would be used to explain it: nuance is another enemy of anti-vaping rhetoric.

This lashes the whole thing together nicely: our suspicions have been confirmed! It’s the tobacco companies again, being super-evil and selling deadly and addictive nicotine to our children, disguised as bubblegum flavored happy juice that all of the popular and attractive people are using. But, like with cigarettes, they’re majorly deadly (don’t worry about providing evidence, the presence of scary-sounding chemicals with no indication as to their quantity will be forever etched into the reader’s brain).

Writing off the Positive Findings

Readers might sniff out one-sidedness, so be sure to acknowledge some of the evidence you can find if you spend half an hour using this magic tool called “Google.” The best one is helping people quit smoking – you can acknowledge this because it’s undeniably obvious anyway. There is plenty of research on this that’s it’s better to ignore: the best way is using an anecdote from some vaper who’s happy to talk to you, or just pulling a testimonial off a website and acting like it’s an interview. Then you can mention one clinical trial, because this one is easy to write off as showing that they’re “only as good as patches.” For god’s sake don’t point out that this was a test of an outdated e-cig.

Finally, you can act like you’re taking the scientific high ground with the old standby: we need more evidence! This is a good tactic because it is true that more evidence is needed, but it also writes off all of the stuff we do know for no good reason. Given the fact that you’ve referenced only a couple of studies directly, people will believe that we don’t really know all that much.

The best thing is: this is a tactic that keeps on giving. When will we be able to say that we know enough? Who the hell knows! It’s a standby for any situation: “yeah, the study does suggest that e-cigarettes are much safer than cigarettes, but we don’t know enough to make any definitive statements yet!” Otherwise, you’d be a put into a position where you’d have to acknowledge that everything we know so far suggests that the “advocates” are completely and utterly right. That would be dangerously close to positivity, and might make your readers think of all the lives e-cigarettes can save.

A Call to Arms

All of this hard work can now pay off. You’ve constructed your makeshift weapon from already-debunked fragments of bullshit without so much as hinting at the flaws in your position, and now you can fire the thing! The misunderstanding you’ve sewn in your reader’s brains will grow, and hopefully proliferate, so when you close your article with a passionate call to arms – for the FDA to come down just as hard on vaping as it does on cigarettes (or better, even more so) – people might actually take it on board. They’ll share it on social media, spreading your misinformation like a virus. Politicians might read your hastily-researched article and submit bills to ban those horrible, child-catching flavors, or more likely, to take the “we need more evidence” faux-reasonable point and run with it: putting harsh restrictions in place until such a time when the impossible requirement “to prove they’re safe” is met.

And if you’re really, really lucky you might be able to get to sleep at night without thinking about the blood you’ve gotten on your hands, as smokers who’d otherwise switch to a vastly safer alternative are put off by your piece of unresearched claptrap. Don’t worry about the consequences: at least you met your deadline and earned a few clicks.