A Guide to Tobacco E-Liquids The e-liquid industry is a crowded place. For the just-switching smoker aiming to replace their combusted tobacco habit, navigating this veritable maze of e-liquid brands in search of a pleasant, tobacco-infused flavor can be a challenge. So what are the major types of tobacco e-liquid? What is NET e-liquid? What is WTA e-liquid? Which tastes the best? Are there any additional risks to think about? Here’s a brief run-down of the options. 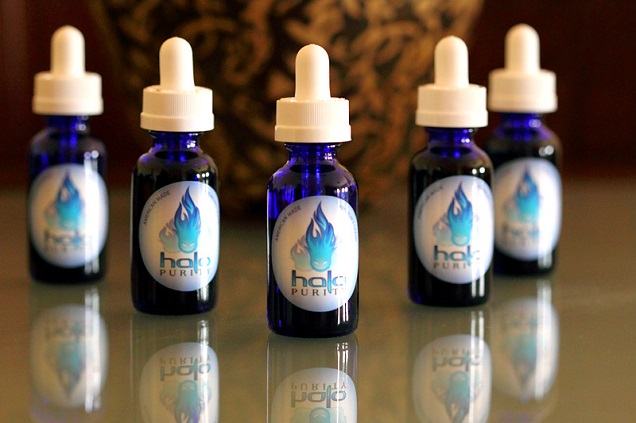 Most tobacco e-liquids are simply attempts to recreate the flavor of tobacco using artificial and natural flavorings. In effect, these are “ordinary,” traditional-style e-liquids that aim to reproduce the flavor of tobacco, and – frankly – often fail fairly miserably, capturing some element of the real taste (often a musty, unpleasant part of it) but not really hitting the mark too well.

Some mixers use tobacco absolute or tobacco extract (these are pretty much the same thing), which offer a dry, smoky, ash-like taste that – when using sparingly enough – can bring much more authenticity to the flavor of an e-liquid. These extracts are very concentrated, though, and if use too much in an e-liquid the flavor can quickly become unpleasant. Additionally, the flavor from tobacco absolute is only that of one variety of tobacco, and so it doesn’t allow exploration of the variety of tobaccos loved by connoisseurs.

These are effectively the same as the traditional options, but they take a step away from the natural tobacco taste by adding sweeter elements to the flavor. RY4s are the archetypal e-liquid of this type, which use caramel and vanilla to make a sweeter juice that still has a baseline tobacco flavor to satisfy smokers’ needs. There is a lot of variety in sweetened tobacco e-liquids, though, and many incorporate elements of fruit or even sweets to produce a more delicious e-liquid.

These are the most popular type of tobacco e-liquids for that reason: it’s more about producing something tasty than trying to capture the flavor of tobacco. The downside to this is that they are even less realistic than traditional tobacco e-liquids. For many, this doesn’t matter too much, but if you’re looking for a true-to-tobacco taste, you’re better off looking elsewhere. Naturally-extracted tobacco (NET) e-liquids are about as close to the true taste of tobacco as you can get in e-liquid form. The big difference is that – as the name implies – the flavor is extracted directly from tobacco leaf, by “steeping” the leaves in PG and/or VG (the two “base” components of e-liquid) to produce a realistic extract. This extraction is either heat-assisted or cold macerated, with the former producing a more pronounced, in-your-face flavor and the latter producing a more nuanced and complex end-product.

The benefit of NETs for those who love tobaccos is that the characteristics of different varieties of tobacco are preserved, allowing for more exploration of the spectrum of tobacco flavors available. Effectively, if you make an extract from burley tobacco, it will taste like burley, and if you make an extract from perique tobacco, it will taste like perique. One thing to note is that the “taste of tobacco” in the context of e-liquid means the taste of fresh tobacco, not the taste of the smoke produced by combustion (it’s more like the smell of a freshly-opened pack of cigarettes or a scoop of pipe tobacco).

Whole tobacco alkaloid (WTA) e-liquids are a different beast entirely. The flavor isn’t the primary concern with WTA e-liquids; it’s an approach used to capture the physiological effects of smoking more closely than traditional e-liquids. The core point is that nicotine is just one of several alkaloids in tobacco, and these have a big part to play in the feeling of smoking a cigarette. The aim is to produce something that satisfies cravings in the same way as smoking, and produces similarly calming effects. If you find that e-liquids don’t quite hit the spot for you in general, and you’re struggling to quit smoking as a result, opting for WTA e-liquids might be the best choice.

In terms of flavor, WTA loses out to the other options, being fairly tasteless unless combined with additional flavorings. For lovers of taste who feel satisfied enough with ordinary e-liquid, WTAs aren’t really necessary, but if you’re more interested in a smoking-like experience than in a robust taste, WTAs might be the option you’ve been looking for.

The Risks of Different Tobacco E-Liquids

Traditional tobacco e-liquids – sweetened or not – carry around the same risks as any other e-liquid, and are the safest option out of all of the potential tobacco e-liquids you’ll find. Of course, there are still trace quantities of toxins (due to the extraction of nicotine from the tobacco plant), and they can’t be considered absolutely safe, but the other options do increase the risk slightly.

NET e-liquids have been studied in comparison to ordinary e-liquids, and the general results show that while NETs do have more tobacco-derived toxins than ordinary e-liquids, the quantities are still hundreds of times lower than in tobacco itself. In other words, it’s still almost certainly safer than smoking, but not quite as safe as ordinary e-liquid. Similarly, there is some evidence that NET e-liquids can be more toxic to cells than traditional e-liquids, but again, less so than tobacco smoke.

WTAs are probably the most risky type of tobacco e-liquid, but they haven’t been studied very much at all, so there is a fair amount of uncertainty here. The basic issue is that with any extraction from tobacco (including that used for nicotine in any e-liquid or pharmaceutical nicotine products) various chemicals – in particular, carcinogenic tobacco-specific nitrosamines – are extracted in small amounts too. In ordinary e-liquid, these levels are minimal and in line with the amounts present in pharmaceutical nicotine products. In NET e-liquids, the levels are slightly higher, owing to the additional flavor extraction. In WTA e-liquids, the levels will be higher still, but – and this is a crucial point – almost certainly lower than in tobacco itself. Additionally, there are many other things you inhale when smoking that come from the combustion process and won’t be present in any e-liquid.

To minimize risk, it’s better to stick with ordinary or sweetened tobacco e-liquids, but if you need the flavor to help you quit smoking, using NET e-liquids shouldn’t be much of a concern – you’re still talking about hundreds of times lower levels of tobacco-specific nitrosamines than in tobacco. While WTAs are likely more dangerous, the same basic reasoning applies: if WTA juices are the only thing that really hit the spot for you and help you quit smoking, it’s still worth making the switch to vaping in terms of health risks.

There is a wonderful, mind-boggling variety of tobacco e-liquids on the market, and there will ultimately always be an element of experimentation in finding what works for you. These classifications should give you an idea of the type of tobacco e-liquid that’s most well-suited to your needs, but if you’re looking to find the very best option for you, it’s definitely worth trying out some different types and seeing what you think. You might not think you want NET e-liquid or are looking for the extra effects of WTA options, for example, but you won’t know what you’re missing unless you give it a try. If you’re still struggling to quit smoking, experimenting with the different options could lead to you finding the juice you’ve been looking for to replace your combusted tobacco habit.

Also check out: Best vape juices on the market